Overall, Rohit Sharma presently stands seventh on the list of six-hitters in the ODIs. 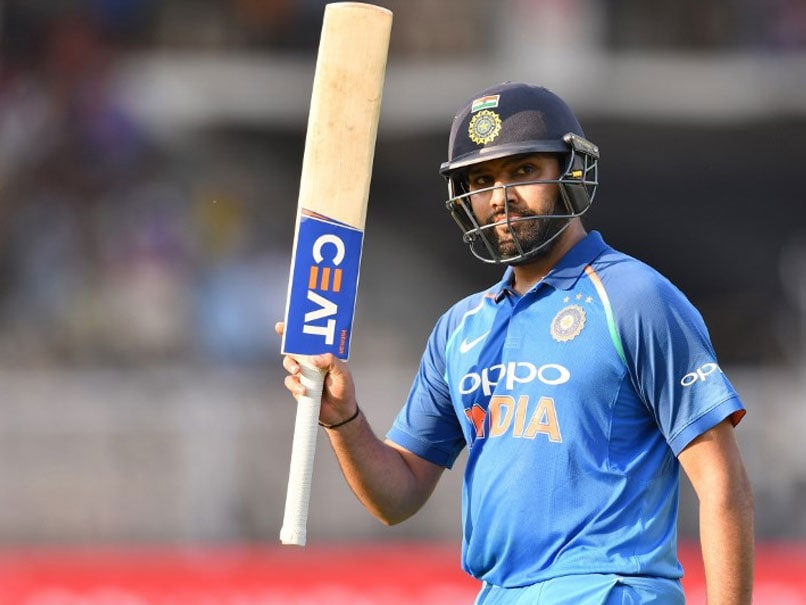 Rohit Sharma, who has been in a sublime touch in the ongoing One-Day International (ODI) series against the Windies, has already notched up two 150-plus scores in four matches. Ahead of the fifth and final ODI at the Greenfield Stadium in Thiruvananthapuram, Rohit stands on the verge of a special double century, with which he can join former Indian captain Mahendra Singh Dhoni on an elite list.

The 'Hitman' of Indian cricket is known for his six-hitting prowess and with his knock of 152 in the second ODI, he had surpassed former Indian captain Sourav Ganguly in the list of most sixes by an Indian batsman. In the 4th ODI, with his 157-run knock, he overhauled legendary Sachin Tendulkar.

The right-handed opener currently has 198 sixes in his ODI career and with two more maximums, he can join Dhoni to become the only second Indian to hit 200-plus sixes in the 50-over format. Dhoni, who is just one run away from 10,000 ODI runs, has hit 218 sixes in his career.

Overall, Rohit presently stands seventh on the list of six-hitters in the ODIs. With two more maximums he can equal the tally of former New Zealand cricketer Brendon McCullum. The list is topped by Shahid Afridi (351), followed by Chris Gayle (275), Sanath Jayasuriya (270), Dhoni, AB de Villiers (204).

Team India skipper Virat Kohli is the highest run-getter of 2018 with 1169 runs in 13 ODI innings.

India are presently leading 2-1 in the series and are the overwhelming favourites to win the final game and claim their sixth straight bilateral home series win in the format. India's last series defeat at home came against South Africa back in 2015.

MS Dhoni India vs West Indies 2018 Cricket India vs West Indies, 5th ODI
Get the latest updates on IPL 2021, check out the IPL 2021 Schedule and Indian Premier League Live Score . Like us on Facebook or follow us on Twitter for more sports updates. You can also download the NDTV Cricket app for Android or iOS.