Rishabh Pant was dismissed for 92 runs in the second Test against the Windies. 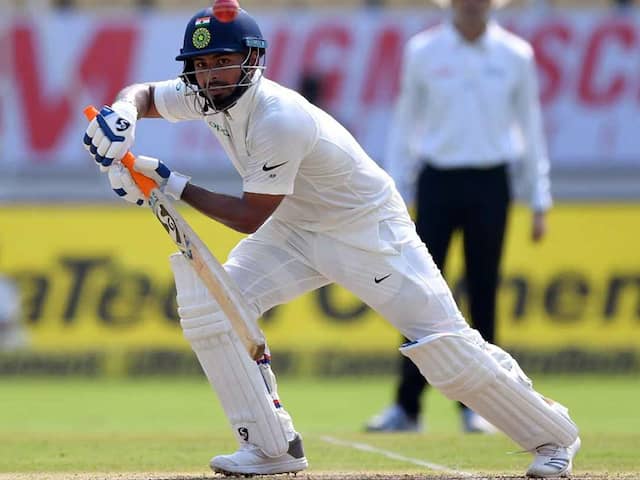 Pant was ably supported by fellow middle order batsman Ajinkya Rahane. Both Rishabh Pant and Ajinkya Rahane put on a 152-run run partnership for the 5th wicket. India reached 308 for four to trail by 3 runs at stumps on Day 2 of the second Test at the Rajiv Gandhi International Stadium.

Pant was unbeaten on 85 with Rahane not out on 75 at the end of Day 2. The duo forged an unbeaten 146-run stand for the 5th wicket as the Windies failed to pick even a single wicket in the final session of the day.

Pant has made a great start to life as a Test cricketer following his debut against England in Trent Bridge. Pant went on to notch up his maiden century in only his third Test that India lost to England at The Oval.

Pant became the first Indian wicketkeeper to hit a century in England, reaching his hundred off only 117 deliveries.

The youngster's power-hitting caught the eye of cricket pundits and fans across the globe.

Following his exploits in England, Pant had his first taste of Test cricket at home when India took on the visiting Windies side in the first of the two-match series in Rajkot.

Ajinkya Rahane Cricket India vs West Indies 2018
Get the latest Cricket news, check out the India cricket schedule, Cricket live score . Like us on Facebook or follow us on Twitter for more sports updates. You can also download the NDTV Cricket app for Android or iOS.