Rishabh Pant is 15 runs away from scoring his second Test century. He was not out on 85 at stumps on Day 2 of the second Test vs the Windies. 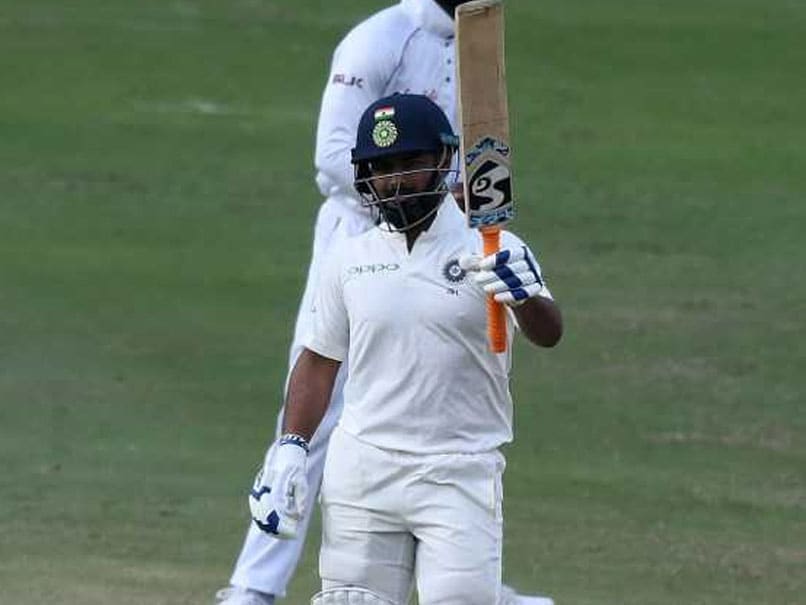 Rishabh Pant's brilliant knock put India in control of the 2nd Test vs the Windies in Hyderabad.© AFP

Rishabh Pant played yet another whirlwind knock as India took complete control of the second Test against the Windies on Saturday. India reached 308 for four to trail by 3 runs at stumps on Day 2 of the second Test at the Rajiv Gandhi International Stadium in Hyderabad. Pant was unbeaten on 85 with Ajiknya Rahane not out on 75. The duo forged an unbeaten 146-run stand for the fifth-wicket as the Windies failed to pick even a single wicket in the final session of the day. Following the end of the day's play, former England captain Michael Vaughan took to Twitter to laud the Indian wicketkeeper-batsman.

Without question @RishabPant777 is going to be a Superstar .... #JustSaying ...

Pant has made a great start to life as a Test cricketer following his debut against England in Trent Bridge. Pant went on to notch up his maiden century in only his third Test that India lost to England at The Oval.

Pant became the first Indian wicketkeeper to hit a century in England, reaching his hundred off only 117 deliveries.

The youngster's power-hitting caught the eye of cricket pundits and fans across the globe.

Following his exploits in England, Pant had his first taste of Test cricket at home when India took on the visiting Windies side in the first of the two-match series in Rajkot.

Pant yet again gave a good account himself by showcasing some brilliant attacking batting. He reached his half-century by depositing Keemo Paul to the mid-wicket boundary for a maximum.

The left-hander played some powerful, forceful shots against the medium pacers and used the crease to brilliant effect against the spinners.

Pant fell eight runs short of his second Test century, trying to go for a big hit off the bowling off Devendra Bishoo but managed to get only a leading edge.

However, the 21-year-old will have a chance to put the record right on Day 3 of the 2nd Test in Hyderabad.

West Indies Cricket Team Rishabh Pant Michael Vaughan India vs West Indies 2018 India vs West Indies, 2nd Test Cricket
Get the latest updates on ICC T20 Worldcup 2022 and CWG 2022 check out the Schedule, Live Score and Medals Tally. Like us on Facebook or follow us on Twitter for more sports updates. You can also download the NDTV Cricket app for Android or iOS.