Keemo Paul imitated Shikhar Dhawan's celebration soon after dismissing him during the fourth ODI on Monday. 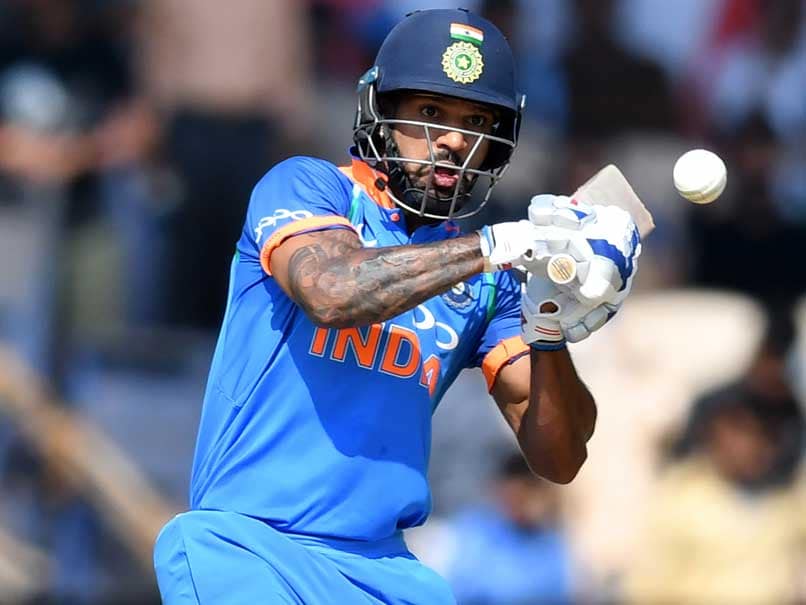 Shikhar Dhawan got out for 38 in the Mumbai ODI.© AFP

During the fourth One-day International at the Brabourne Stadium in Mumbai, Windies all-rounder Keemo Paul dismissed Shikhar Dhawan and then followed it up with a celebration you usually associate with the southpaw Indian opener. After Dhawan got caught out after trying to pull a slightly short of length delivery towards the deep mid-wicket boundary, Paul imitated Dhawan's trademark 'thigh five' celebration, leaving most people in splits. Dhawan's struggle with converting his starts into big scores continues as he was again dismissed for 38.

Watch this video, which is doing the rounds on social media.

Dhawan, who has represented India in 114 ODIs, will look to get his mojo back in the limited-overs format after registering scores of 4, 29, and 35 in the first three matches of the ongoing series.

Indian captain Virat Kohli, after becoming the first Indian to score three consecutive centuries in the ODIs, got out for a paltry 16.

Rohit Sharma, who already has three double-centuries to his name, notched up his 21st ODI century.

After the ongoing five-match ODI series ends on November 1 in Thiruvananthapuram, India and West Indies will square off in a three-match T20I series.

From November 21 onwards, India will start their series Down Under with a three-match T20I series against a depleted Australia squad.

Shikhar Dhawan Keemo Paul India vs West Indies 2018 Cricket
Get the latest updates on ICC T20 Worldcup 2022, check out the Schedule and Live Score. Like us on Facebook or follow us on Twitter for more sports updates. You can also download the NDTV Cricket app for Android or iOS.