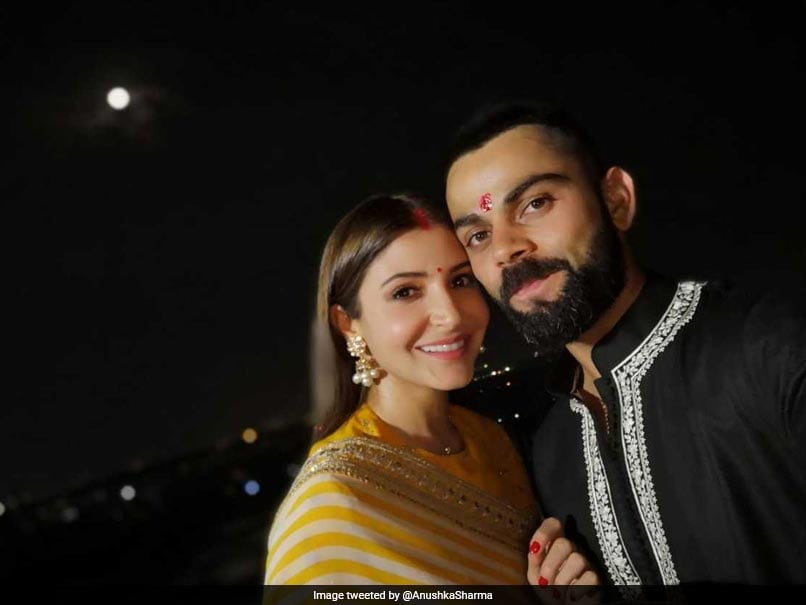 While everyone was busypraising Virat Kohli's batting prowess after his 107-run knock in a losing cause against the West Indies in the third ODI in Pune, the Indian captain took to Twitter to share a photograph featuring him and his wife, Bollywood star Anushka Sharma, celebrating their first Karva Chauth. In the tweet, he wrote, "My life. My universe. Karvachauth @AnushkaSharma"

His wife, Anushka Sharma, also took to the micro-blogging site to say, "My moon , my sun , my star , my everything ?? Happy karva chauth to all"

My moon , my sun , my star , my everything
Happy karva chauth to all pic.twitter.com/7saMNS6jdy

Earlier on Saturday, India succumbed to a 43-run defeat against the West Indies at the Maharashtra Cricket Association Stadium in Pune. Chasing a 284-run target, India's batting order ran out of steam and bundled out for 240. After the top-order collapsed, the onus of taking India across the line was eventually on the tailenders. Kohli became the first Indian and 10th overall to score three successive hundreds in the One-Day format but could not prevent West Indies from tasting their first win of the tour.

Virat Kohli Maharashtra Cricket Association Stadium, Pune Cricket
Get the latest updates on ICC Women's Cricket World Cup 2022 and IPL 2022, check out the Schedule , Live Score and IPL Points Table. Like us on Facebook or follow us on Twitter for more sports updates. You can also download the NDTV Cricket app for Android or iOS.