The Indian team will be led by Rohit Sharma in the absence of Virat Kohli, who has been rested for the three-match T20I series. 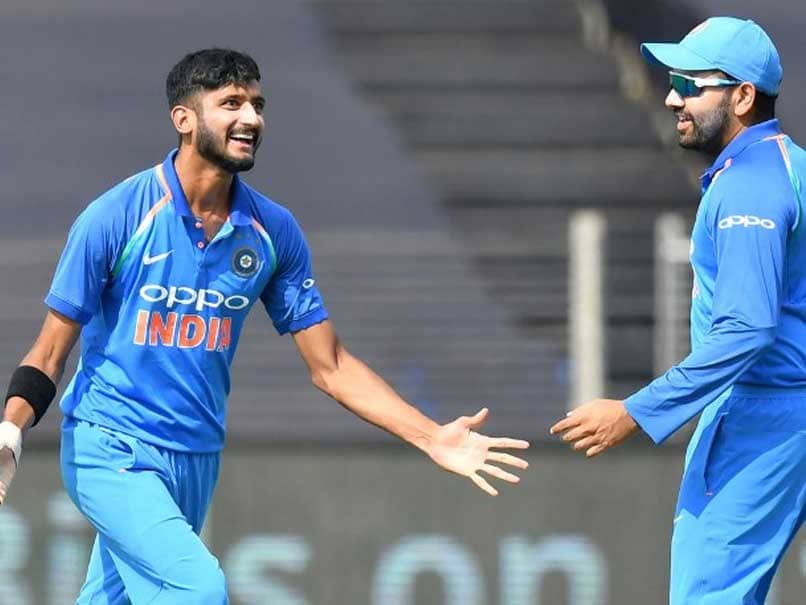 Rohit Sharma will lead India in the three-match T20I series against the Windies.© AFP

After registering comprehensive victories against the Windies in the Test and the One-day International (ODI) series, an upbeat India will look to continue with the winning momentum when they face the visitors in the first Twenty20 International (T20I) encounter at the Eden Gardens in Kolkata on Sunday. With regular skipper Virat Kohli rested for the three-match series, Rohit Sharma will lead the 15-member Indian squad. On the other hand, the Windies, boosted by the presence of T20 stars like Darren Bravo, Kieron Pollard and Andre Russell will look to clinch the T20I series after getting mauled in the other two formats. The reigning T20I champions will be led be led by Carlos Brathwaite in the shortest format of the game.

A major aspect of the T20I series will be the absence of MS Dhoni in the Indian dressing room. The veteran was not included in the team and youngster Rishabh Pant has been given an opportunity in place of the 37-year-old. Inclusion of Shreyas Iyer, and uncapped players Krunal Pandya and Shahbaz Nadeem in the team will also be an exciting aspect of the series.

As far as the three-match T20I series is concerned, it will not be an easy task for the Rohit Sharma-led team. The Windies have particularly been good in the shortest format and will look to regain some pride in the final leg of the tour. India's last win against the West Indies came way back on March 23, 2014 in the World T20 in Bangladesh.

The stats also favour the current World T20 holders who have a 5-2 record from eight exchanges from 2009-17.

India failed to overcome Brathwaite's men in their last four encounters and the Windies ended the home team's campaign in the 2016 T20I World Cup, defeating them in the semi-finals in Mumbai.

As far as batsmen are concerned, Kohli absence might lead to inclusion of KL Rahul in the top order. Along with Rahul, presence of Dinesh Karthik will boost the middle order of the team.

The seam attack, which now includes additional variation in the form of left-arm quick Khaleel Ahmed, will once again be led by Bhuvneshwar Kumar and Jasprit Bumrah. In the spin department, Yuzvendra Chahal and Kuldeep Yadav will look to continue their chemistry.

As far as the wicket is concerned, the pitch at Eden Gardens promises to be full of runs, and batsmen from both sides will look to make merry.

Eden Gardens India vs West Indies 2018 India vs West Indies, 1st T20I Cricket
Get the latest updates on IPL 2021, IPL Points Table , IPL Schedule 2021 , live score . Like us on Facebook or follow us on Twitter for more sports updates. You can also download the NDTV Cricket app for Android or iOS.