Fans Vent Fury After MS Dhoni Is Left Out Of India Squad For Windies, Australia T20Is

The Indian selectors pulled off a major surprise by leaving out MS Dhoni from the T20I series against the Windies and Australia. 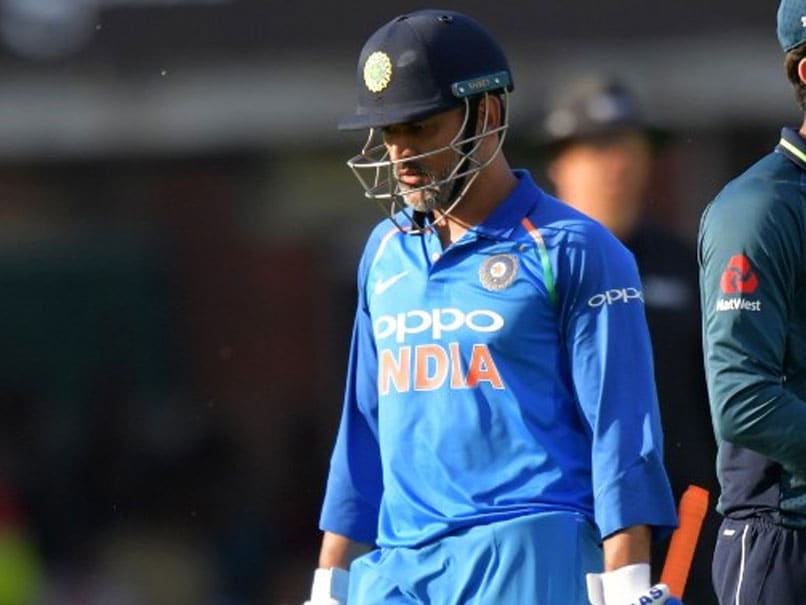 Fans were left in disbelief after MS Dhoni was excluded from both T20I squads.© AFP

The BCCI on Friday night announced the India squad for the Twenty20 international series against the Windies (home) and Australia (away) with skipper Virat Kohli being rested for three matches against the Caribbean outfit. But there was another big name missing from the list -- MS Dhoni. Dhoni was excluded from both the T20I squads with youngster Rishabh Pant set to don the gloves. Chief selector MSK Prasad quickly moved to dispel talk of Dhoni's retirement, assuring fans that this was not the end for the former India captain in T20Is.

The news of Dhoni's exclusion soon went viral on social media and fans came in their numbers to express their displeasure at the decision.

No use to watch Ind vs Australia match. No Dhoni. If Dhoni is not there then no indian cricket.

Being an indian i say Rip to @BCCI

Shame on @BCCI for not selecting MS he's legend

I am not going to watch.....
NO MAHI NO T20.....#dhonimycaptainforever #Dhoni #dhoni pic.twitter.com/TomJNxoBvs

So No Dhoni in these matches.
Dear BCCI, I have seen many selfish decisions, but this 1 has topped it!
Dk, Pant in place of Dhoni? Lets see how will they perform.

Just a free suggestion, Exclude Dhoni from WC19 too, and if u have capability, show passing even the league stages

Today I am dead as Fan of Indian cricket team!!!#Dhoni pic.twitter.com/k5raAIfjIN

With the next T20 World Cup in 2020 in Australia, former players and cricket pundits felt that this could be the end of the road for Dhoni in T20Is.

No Dhoni in T20s means WC 2019 is the last world cup for the legend. The call is loud and clear. Hope he wins it and celebrates at the Lords balcony.

The big news is obviously the absence of MS Dhoni from the T20 squad. The next World T20 isn't till 2020 so this is an acknowledgement that someone else will be behind the stumps there.

Even the Indian T20i team for #AusvInd announced. 17 members. Big NEWS is that Dhoni is NOT in that team too. Might not see Dhoni in India colours for the T20 format again... #AusvInd

However, MSK Prasad made it a point to say that the selectors are looking at back-up options behind the stumps.

"Dhoni is not going to play the 6 T20Is because we're looking at the second keeper slot. It is not the end of Dhoni in T20Is," said chief selector MSK Prasad.

MS Dhoni Rishabh Pant India vs West Indies 2018 Cricket
Get the latest updates on IPL 2021, check out the IPL 2021 Schedule and Indian Premier League Live Score . Like us on Facebook or follow us on Twitter for more sports updates. You can also download the NDTV Cricket app for Android or iOS.