Ashish Nehra will be in the commentary team when India take on Sri Lanka in the 1st Test in Kolkata on November 16. 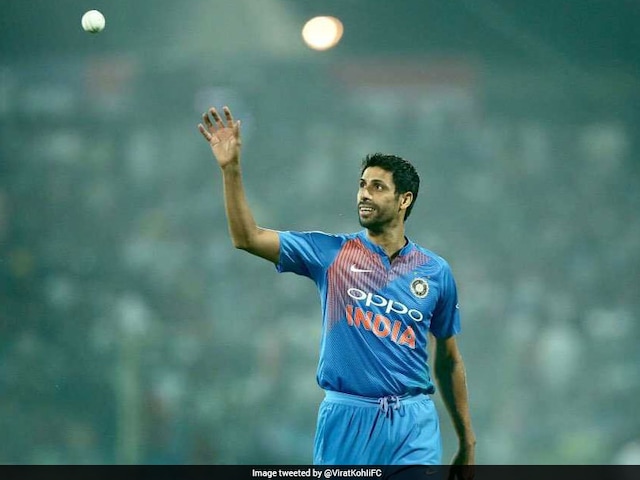 Ashish Nehra, who quit all forms of cricket at the end of the first T20 international with New Zealand on November 1, is all set to make his debut as a commentator when India take on Sri Lanka in the 1st Test at the Eden Gardens in Kolkata on Thursday. The left-arm seamer, who had made quite a name for himself as a death bowler and had come to team's rescue on many occasions, also has the gift of the gab. Nehra's former Delhi and India teammate Virender Sehwag took to Twitter to welcome the former in a new avatar.

The left-arm fast bowler had been playing his post-retirement cards close to the chest, but did hint at taking up commentary

"As of now, I will take it easy. I want to spend time with my family. But again, will do something related to cricket only because that's what I have done in the last 25 years and that's what I know. Either it's coaching or commentary, you will come to know soon," Nehra said in an exclusive chat with NDTV shortly after quitting.

Comments
Topics mentioned in this article
India Cricket Team Sri Lanka Cricket Team Virender Sehwag Ashish Nehra Cricket India vs Sri Lanka 2017-18
Get the latest Cricket news, check out the India cricket schedule, Cricket live score . Like us on Facebook or follow us on Twitter for more sports updates. You can also download the NDTV Cricket app for Android or iOS.