India need to win all the three ODI matches against Sri Lanka to maintain their top spot. 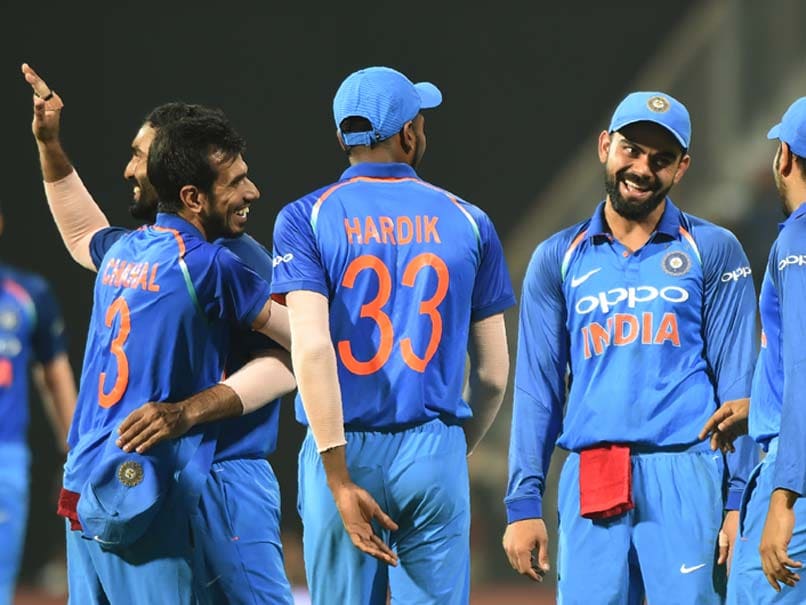 India are currently ranked second in the ODI list after South Africa.© AFP

India will aim to go on top of the ICC One-Day International (ODI) rankings when they take on Sri Lanka for a three-match ODI series starting on December 10. India, on 120 points in the rankings, are one point behind South Africa. However, if they win the first match in Dharamsala they will overtake the Proteas with 121 points. But in order to maintain the top spot India will have to win the ODI series 3-0. India are currently the top-ranked side in Test.

Sri Lanka are 8th on the table with 83 points and the rankings system is weighted to reflect the difference in ranking points.

After the recently concluded three-match Test series against Sri Lanka, which India won 1-0, Indian captain Kohli moved up three places to grab second position among batsmen after registering his career-best score in the third Test against Sri Lanka.

"Kohli's first-innings knock of 243 was followed with 50 as he finished with 610 runs in the series, which India won 1-0. Kohli, who slammed back-to-back double-centuries and recorded three-figure scores in three consecutive matches, started the series in sixth position but has leapfrogged David Warner, Cheteshwar Pujara, Kane Williamson and Joe Root after the stupendous run which saw him average 152.50," an ICC release said.

According to the release, 45 points separate him from Australia captain Steve Smith but Kohli would be eyeing the chance of reaching the zenith in all three formats since he is the current No. 1 in ODIs and T20Is. Smith though has been in a different league and last week reached 941 points, the joint fifth-highest in terms of the highest points tally in batting history in Tests. Smith is now on 938 points while Kohli is on 893 points.

Comments
Topics mentioned in this article
India Cricket Team South Africa Cricket Team Sri Lanka Cricket Team India vs Sri Lanka 2017-18 Cricket
Get the latest updates on IPL 2020, check out the IPL Schedule for 2020 and Indian Premier League (IPL) Cricket live score . Like us on Facebook or follow us on Twitter for more sports updates. You can also download the NDTV Cricket app for Android or iOS.