Arshdeep Singh missed out on the third T20I against South Africa in Indore due to a back injury. India captain Rohit Sharma confirmed that the the pacer is struggling with a back injury, although it isn't a serious one. 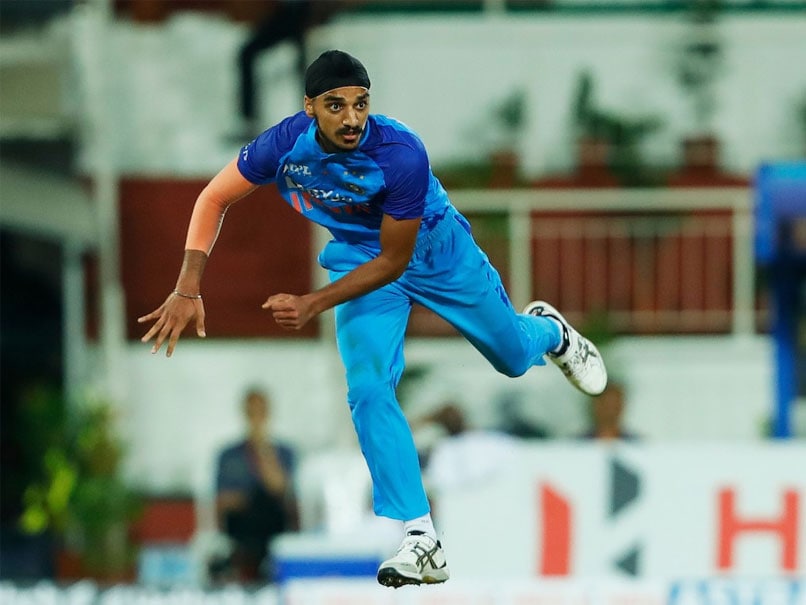 With the series already in the bag, the 3rd T20I against South Africa offers the Indian team an opportunity to test some of their reserves. The likes of KL Rahul and Virat Kohli were already expected to give the match in Indore a miss but Arshdeep Singh's absence came as a surprise.

At the time of toss, India skipper Rohit Sharma shed light on his playing XI, suggesting a total of three changes have been made in the team for this match. Shreyas Iyer was the only batter to be included into the team while two pacers -- Umesh Yadav and Mohammed Siraj -- got the nod.

Speaking of Arshdeep Singh's absence, Rohit said that the left-arm seamer is out because of a back injury although he cooled down fans' concerns, suggesting it is only a precautionary decision.

"We're going to field first. It's a very high scoring ground, I feel the pitch won't change a lot so nice to know what target is in front of us. Three changes for us, Kohli and KL are out, and Arshdeep misses out for some issues with his back. It is precautionary, nothing serious. We've got Shreyas Iyer, Umesh Yadav and Siraj in. We want to keep challenging ourselves, keep improving and keep batting the same way." Rohit said at the time of toss.

Captain Rohit Sharma wins the toss and elects to bowl first in the final T20I.

Three changes for #TeamIndia in the Playing XI

Back injuries have been a big problem for the Indian team, especially with regards to the seamers. Hardik Pandya has struggled with a back concern for a long time and now Jasprit Bumrah is out of the T20 World Cup 2022 because of a lower back stress fracture.

Fans would be hoping Arshdeep's injury isn't serious as he has quickly developed a reputation for himself as a reliable bowler at the death. At present, he is extremely important to Team India's plans at the T20 World Cup 2022.

Rohit Sharma India vs South Africa 2022/23 Cricket
Get the latest updates on Fifa Worldcup 2022 and check out  Fifa World Cup Schedule, Stats and Live Cricket Score. Like us on Facebook or follow us on Twitter for more sports updates. You can also download the NDTV Cricket app for Android or iOS.