IND vs SA 3rd Test Day 3 Highlights: India enforced the follow-on after South Africa were bowled out for 162, as the hosts took a first-innings lead of 335. 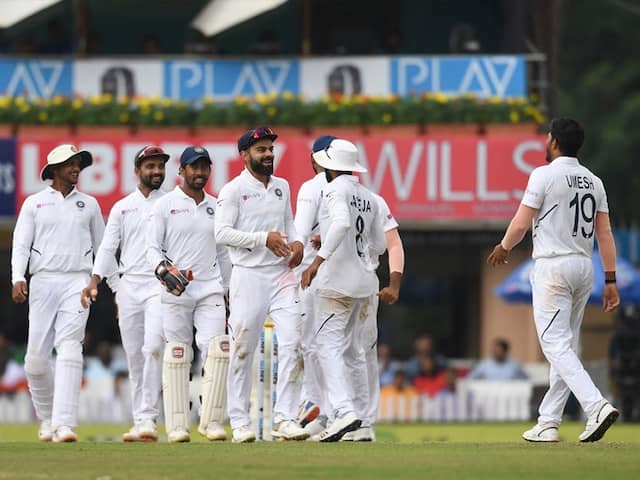 India closed in on a series sweep against South Africa as play came to an end on Day 3. South Africa finished the day at 132/8. with the Indian pacers devastating the hapless South Africans in the second innings. South Africa still trail India by 203 runs after folding for 162 in their first innings and being made to follow on. Mohammed Shami struck thrice in a fierce opening spell while Umesh Yadav chipped in with two of his own. Ravindra Jadeja and Ravichandran Ashwin picked up one each as South Africa's slump continued. Earlier, Umesh Yadav took three wickets and found support in Shami, Jadeja and debutant Shahbaz Nadeem, who picked two wickets each, as India bowled out South Africa cheaply in the first innings. Nadeem finished his first Test innings with figures of 2-22. (SCORECARD)

Ravindra Jadeja Live Score Live Cricket Score Live Blogs Cricket
Get the latest Cricket news, check out the India cricket schedule, Cricket live score . Like us on Facebook or follow us on Twitter for more sports updates. You can also download the NDTV Cricket app for Android or iOS.