India vs England: You Cannot Judge A Player Over 1 Or 2 Matches, Says Ajinkya Rahane In Rohit Sharma's Defence

India vs England: Ajinkya Rahane praised Rohit Sharma and said everyone knows that he can score some big runs once set. 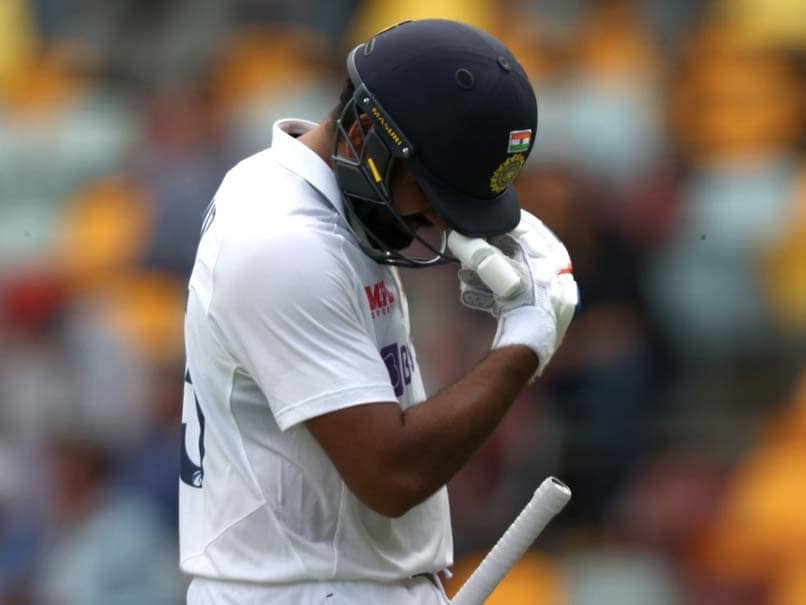 Questions were raised over Rohit Sharma's form after he scored six and 12 runs in the first Test match against England, but India Test vice-captain Ajinkya Rahane has backed the opener to come good in the upcoming games. Rahane on Friday said that one or two bad games don't define Rohit's form. The vice-captain praised Rohit and said everyone knows that he can score some big runs once he is set. "Rohit (Sharma) is an important member of our team. A big score doesn't imply that you have to score a century or 150. He made important contributions in Australia. You can't judge a player over 4-6 innings or one or two matches," said Rahane during the virtual press conference.

"You need to back your players and Rohit is the kind of cricketer who has won matches for India. We know when Rohit gets set he scores big. We're really happy to have Rohit in the team," he added.

Former cricketers including Ricky Ponting had also questioned Cheteshwar Pujara's slow approach during the Australia tour, but Rahane backed the batsman and said Pujara knows his role and game.

Pujara registered his slowest fifty in Test cricket during the third Test against Australia, and Ponting had said the batsman's slow batting created an unwanted pressure on the non-striker, who had to compensate for his slow approach.

"No one questioned his approach (slow) about his batting in the team and that's what matters. What people talk outside doesn't matter to us. We know Pujara's role and how crucial he is for our team and we are really happy with the way he played in Australia and the way he is playing right now. His role is very important for us and we back him completely on how he wants to play. He knows his game really well. He has played 80 odd Test matches. No one questioned his ability or how he played in Australia," said Rahane while replying to a query from ANI during the virtual press conference.

India all-rounder Axar Patel has recovered completely and is now available for selection for the second Test.

"Everyone is in the mix, the good thing is Axar is fit to play. See all our spinners are really good and if given a chance I'm sure they will do really well," said Rahane.

Since Axar is available for selection for the second Test, the All-India Senior Selection Committee on Thursday withdrew Shahbaaz Nadeem and Rahul Chahar from the main squad and added the duo back to the group of standby players.

England defeated India by 227 runs in the first Test at the MA Chidambaram Stadium on Tuesday. England's winning start against India in their ICC World Test Championship series, has kept alive the visiting side's hopes of making the final of the nine-team competition.

The victory at the MA Chidambaram Stadium in Chennai on Tuesday, lifted England to first place and 70.2 percentage points on the points table, and they've improved their chances of securing one of the three series results in their favour, that could see them through to the final - 3-1, 3-0 or 4-0.