Pacer Jofra Archer was ruled out for the second Test on Thursday and Jos Buttler has been rested for the last three Tests. Dom Bess and James Anderson will also miss the second Test, skipper Joe Root confirmed on Friday. 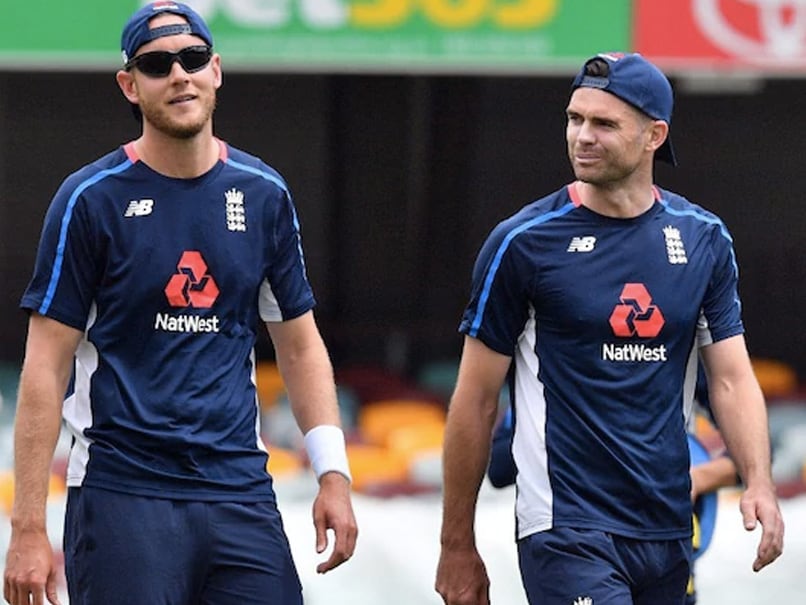 Stuart Broad is in the fray for the 2nd Test vs India, while James Anderson has been rested.© AFP

"England to make four changes in the final XII. Bess, Anderson, Archer, and Buttler miss out. We are giving Anderson the best opportunity to be fully fit for the last two Tests," Root said in a virtual press conference organised by England and Wales Cricket Board (ECB) on Friday

Root also confirmed that Foakes will take the gloves in all three Tests and Jonny Bairstow is likely to return as a specialist batsman for the last two Tests.

Last week, England opener Zak Crawley was ruled out for the first two Tests against India due to an injury on his right wrist.

The Kent player sustained the injury during England's practice in Chennai on February 2 when he slipped on the marble floor, leaving the dressing rooms onto the field of play. The England medical team is assessing his progress at the moment.

England defeated India by 227 runs in the first Test at the MA Chidambaram Stadium on Tuesday. England's winning start against India in their ICC World Test Championship series has kept alive the visiting side's hopes of making the final.

The victory at the MA Chidambaram Stadium in Chennai on Tuesday lifted England to first place and 70.2 percentage points on the points table and they've improved their chances of securing one of the three series results in their favour that could see them through to the final -- 3-1, 3-0 or 4-0.

India, who have slipped to fourth position with 68.3 percentage points, cannot afford another loss in the four-match series and will be looking to win at least two of the remaining three matches to secure a 2-1 or 3-1 result that will secure their place in the final.

The second Test will be played in Chennai at the MA Chidambaram Stadium before the cricketers move to Ahmedabad for the third and fourth Test.

Jofra Archer India vs England 2020-21 India vs England, 2nd Test Cricket
Get the latest updates on Olympics 2020, Olympics 2020 Medal Tally, Live Cricket Score . Like us on Facebook or follow us on Twitter for more sports updates. You can also download the NDTV Cricket app for Android or iOS.