India vs England: Krunal Pandya and Tom Curran were seen engaged in a heated verbal exchange towards the end of the first innings of the first ODI in Pune. 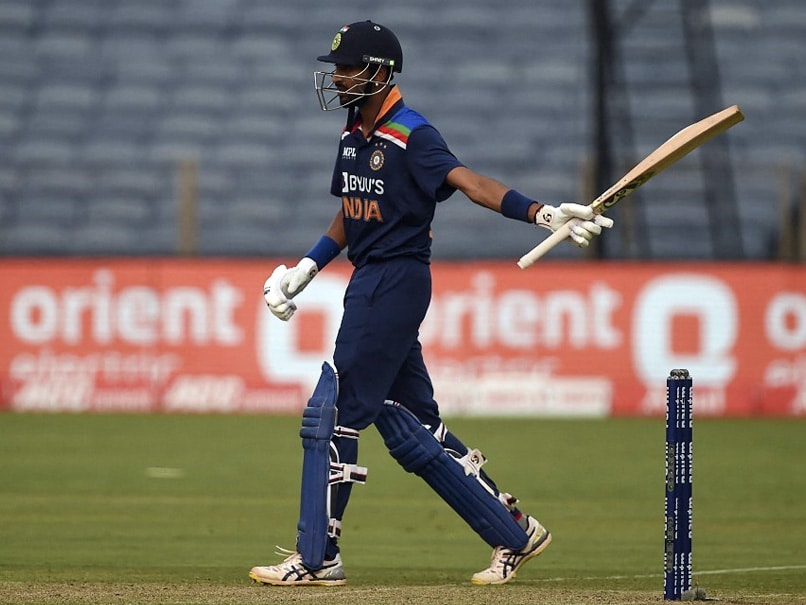 India all-rounder Krunal Pandya and England fast bowler Tom Curran were seen having a verbal exchange towards the end of the first innings of the first ODI in Pune on Tuesday. The incident occurred in the 49th over of the innings when Krunal had hit his maiden half-century on ODI debut, which was also the fastest fifty on debut in ODI history coming as it did off just 26 balls. As Krunal reached the bowler's end after completing a single, Curran was seen saying something to Krunal.

Krunal, visibly riled by Curran's provocation, seemed to engage with the Englishman even as wicket-keeper Jos Buttler joined the tussle and had something of his own to relay to Pandya.

The on-field umpire had to intervene to separate the players.

After Buttler, who had walked all the way down from his position behind the stumps to the top of the bowler's run-up, walked back, he was seen having a word with Krunal again before the umpire intervened again.

KL Rahul made an unbeaten 62 off 43 balls with 4 fours and 4 sixes and the shared an unbeaten 112-run partnership for the sixth wicket with Krunal.

BCCI posted a video on social media where Hardik was seen consoling his brother.

Hardik and Krunal had lost their father Himanshu Pandya in January this year.

Hardik Pandya India vs England 2020-21 Cricket
Get the latest updates on IPL 2021, check out the IPL 2021 Schedule and Indian Premier League Live Score . Like us on Facebook or follow us on Twitter for more sports updates. You can also download the NDTV Cricket app for Android or iOS.