India vs England, 1st Test: Joe Root admitted he wanted his bowlers foussed on taking wickets, not run rates or fast outfields, and added that Rishabh Pant was a factor in England not declaring their second innings. 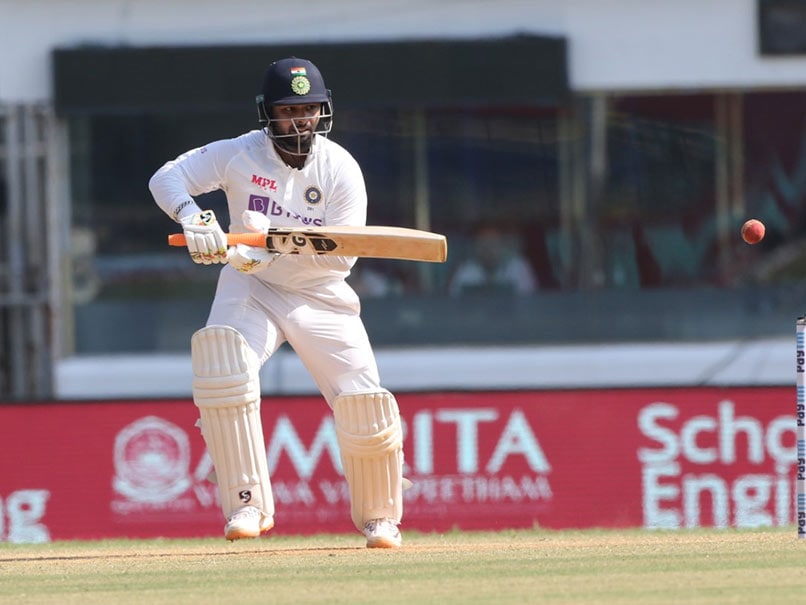 IND vs ENG: Rishabh Pant hit 91 in the first innings, 11 in the second of the first Test.© BCCI

England skipper Joe Root on Tuesday admitted that Rishabh Pant was a big factor in his side not declaring in their second innings even after the lead crossed the 400-run mark. On Tuesday, England defeated India by 227 runs in the first Test at the MA Chidambaram Stadium in Chennai. On Day Five of the Test, James Anderson and Jack Leach stole the show for England as they took seven wickets between them to bundle out the hosts for 192. "Rishabh Pant bats for one session and he can make things quite interesting. I did not want the pressure of having to contain and as well as take wickets," Root said after the Test.

"I wanted to make sure that the bowlers were concentrating on the ways of finding the wickets on that surface. We were always going to create 10 chances, we just had to be disciplined and take the chances that came our way.

"We could have declared earlier, I am just glad how it has turned out," he added.

Root said England wanted to ensure there were only "two results possible in this game."

"I wanted to make sure that we turned up today with the ball still being hard. We wanted to give our bowlers an extra bit of time to be raring to go," said Root while replying to an ANI query during the virtual press conference.

"We wanted to get to 400 and then we wanted to press the accelerator. Actually, it was going to be really important that we had runs on the board as it was a fast outfield."

India captain Virat Kohli top-scored for his side in the second innings with a gutsy knock of 72 runs.

With this loss, England rose to the first spot in World Test Championship (WTC) standings while India slipped to the fourth spot.

"The toss was going to be important. From that point, it was crucial that we made the most of batting first on that wicket," Root said.

"We played fantastic cricket, we were in control of the game and the guys were exceptional today in particular. It will give us confidence going into the series."

It was a perfect day for England despite Kohli showing resilience in the second innings.

The England bowlers dominated the hosts right from the start of the final day. Shubman Gill showed a glimmer of hope but that was short-lived as Anderson ran riot dismissing Gill, Ajinkya Rahane, and Rishabh Pant.

"I think Anderson seems to get better with time. Those fitness levels are right up there, it is probably the best he has ever been in his whole career," Root said.

"This is certainly a very good victory. But in the scheme of this series, we know it's just a start. We know India is a very good team and they are a very proud nation, they have some exceptional players. They will come hard at us but to be sitting 1-0 up, it's really good," he added.

James Anderson India vs England 2020-21 India vs England, 1st Test Cricket
Get the latest updates on India vs South Africa and check out  Schedule, Results and Live Score. Like us on Facebook or follow us on Twitter for more sports updates. You can also download the NDTV Cricket app for Android or iOS.