India vs England, 1st Test Day 5: Jack Leach, who picked up four wickets in the second innings, thanked his teammates for keeping his morale up after a hammering at the hands of Rishabh Pant in the first innings. 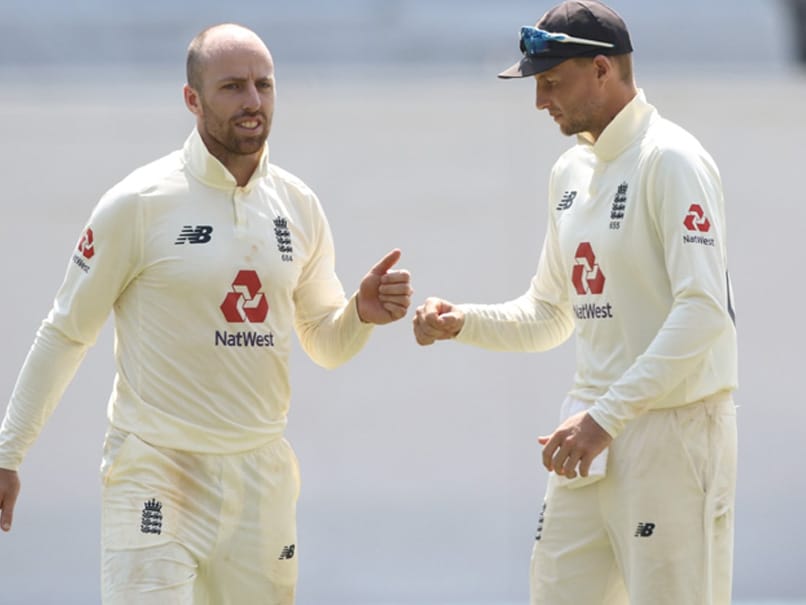 England's left-arm spinner Jack Leach on Tuesday said his teammates helped him stay strong and make a comeback after the hammering he received from Rishabh Pant in India's first innings of the first Test. Riding on Leach (4/76) and James Anderson's (3/17) fine bowling, England crushed India by 227 runs in Chennai on Tuesday to take a 1-0 lead in the four-match series. Leach, who was taken to the task by a belligerent Pant on the third day, shone bright when the hosts came out to bat again. "Thought he (Pant) was playing in the IPL. It's a challenge that comes for a spinner. Was a tough evening that one but boys helped me stay strong," Leach said after the match.

Coming from the extremely cold England, it wasn't easy to get acclimatised to the humid conditions in this part of the world.

"Had a long time without any cricket (before the Sri Lanka series). It was about bowling those long overs in the heat," Leach said.

"My first time in India. They have a great batting lineup and I knew the pressure that comes with it. Happy to take some wickets and get the boys over the line," he added.

Set 420 runs to win and to go one up in the series, India were bowled out for 192 in the second session on Day 5 after captain Virat Kohli's 72 off 104 balls on a challenging MA Chidambaram surface.

Rishabh Pant India vs England 2020-21 India vs England, 1st Test Cricket
Get the latest updates on Fifa Worldcup 2022 and check out  Fifa World Cup Schedule, Stats and Live Cricket Score. Like us on Facebook or follow us on Twitter for more sports updates. You can also download the NDTV Cricket app for Android or iOS.