India vs England Test Highlights: Jack Leach and James Anderson helped the visitors register a 227-run win over India in the first Test match at the MA Chidambaram Stadium. 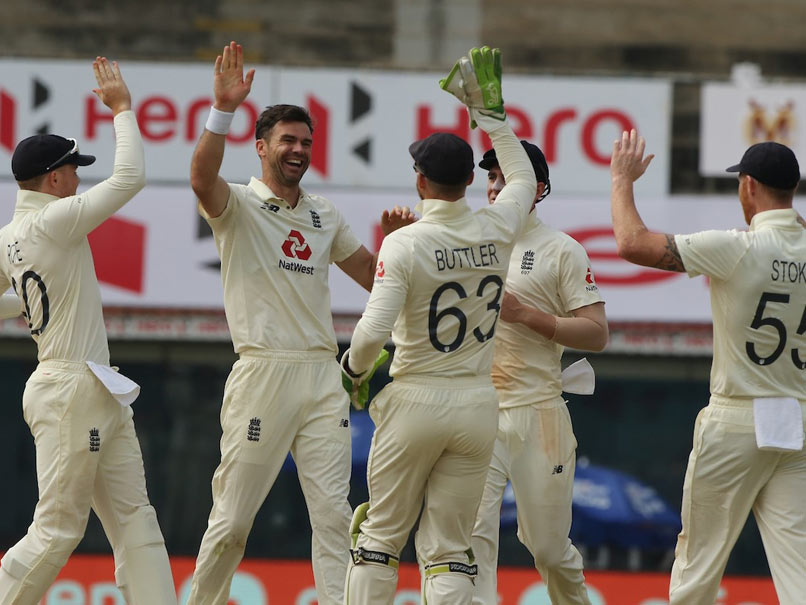 IND vs ENG Highlights: James Anderson celebrates a wicket on Day 5 of the first Test match, in Chennai.© BCCI

England defeated India by 227 runs on Day 5 of the first Test match at the MA Chidambaram Stadium in Chennai, to take a 1-0 lead in the four-match series. In reply to England's target of 420 runs, India could only muster a second innings score of 192 in 58.1 overs. Virat Kohli was the top performer for India with a knock of 72 runs off 104 balls, but his half-century went in vain as England bowlers put in a fine performance. Having lost Rohit Sharma before the close of play on Day 4, India made a poor start on the final day. Cheteshwar Pujara lost his wicket to a brilliant delivery from Jack Leach after scoring only 15 runs. Opener Shubman Gill built a small partnership with captain Kohli, but was dismissed after reaching his half-century. The rest of India's batsmen including the likes of Rishabh Pant and Washington Sundar were sent back to the hut cheaply, leaving Kohli to fight a lone battle. Leach hogged the limelight, taking four wickets, while James Anderson's terrific spell of reverse swing bowling, helped him scalp three wickets. Jofra Archer, Dom Bess and Ben Stokes registered a wicket each in the second innings. The second Test match is set to begin on February 13, at the same venue. The hosts will be aiming to stage a turnaround and level the series. (SCORECARD)