Virat Kohli replaced Mahendra Singh Dhoni as the captain of the India ODI and T20I teams. Ben Stokes has been an integral part of the England squad and his performances with both the bat and ball make him one of the most dangerous all-rounders going around in the world. 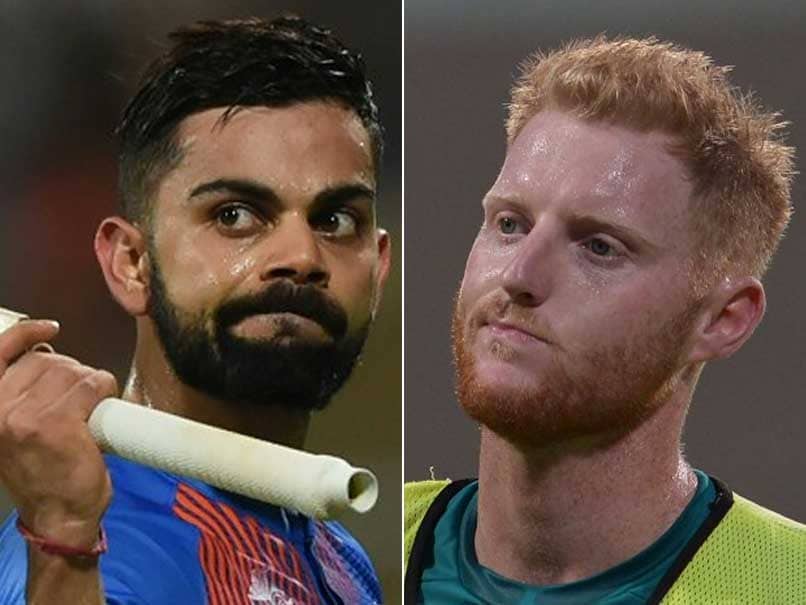 Virat Kohli will be up against Ben Stokes in the upcoming limited overs series starting January 15.© AFP

Virat Kohliis arguably the best batsman in the world currently. The new India ODI and T20I captain had a sensational year and will be looking to carry forward that form into the new year. Ben Stokes, over the past year, has emerged as one of the top all-rounders in the world. His explosiveness with the bat and his sheer tenaciousness with the ball has made England a tough opposition in the limited-overs format in any condition.

Here is a look at how the two players match-up, going by their performance in the last 12 months:

Virat Kohli is undoubtedly the poster boy of Indian cricket as well as the world. The 28-year-old had a sterling 2016. He scored 648 runs in nine matches last year and averaged a whopping 92.57. Kohli scored three centuries and had a high score of 154 not out.

He has added steel to the Indian middle-order batting and his prowess in a run chase is unparalleled. Remarkably, Kohli has a better record in T20Is in the past year than ODIs. In 15 matches played, Kohli has scored 641 runs at an average of 106.83. With a high score of 90 not out, Kohli might not have a century to boast, but he has on numerous occasions taken India over the line in crucial matches. He will be biggest dangerman for the English and surely they will have a plan to stop him, it's another thing whether or not that can be done.

Ben Stokes has been prolific with the bat for England in the past 12 months and the numbers clearly show the impact he has had. Stokes has represented England in 13 ODIs in the past year, scoring 490 runs at an average of 49. He has one century and has seven wickets to his name. England will be hoping for more contribution from him with the ball but it remains to be seen what impact he can have in spin-friendly conditions.

Surprisingly Stokes has failed to replicate his ODI form in T20Is. He has played nine matches and has scored just 72 runs at an average of 10.28. The 25-year-old has managed to take just five wickets.

Comments
Topics mentioned in this article
India Cricket Team England Cricket Team Virat Kohli Ben Stokes India vs England 2016-17 Cricket
Get the latest updates on Olympics 2020, Olympics 2020 Medal Tally, Live Cricket Score . Like us on Facebook or follow us on Twitter for more sports updates. You can also download the NDTV Cricket app for Android or iOS.