"Because He Is BCCI Chief?" Sunil Gavaskar's Jibe At Virat Kohli Over Sourav Ganguly Praise

Sunil Gavaskar took a jibe at India skipper Virat Kohli by reminding him that India used to win in '70s and '80s as well. 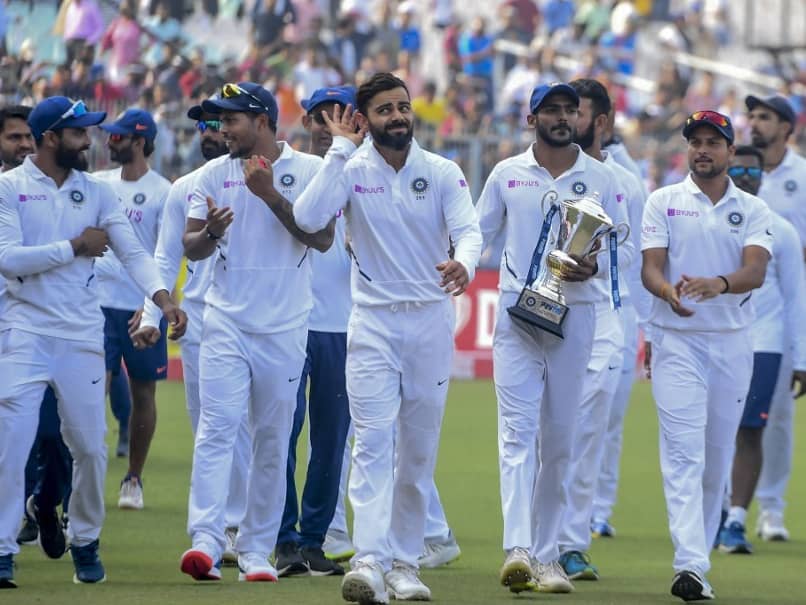 Virat Kohli led India to their fourth consecutive innings win in Tests as the hosts bowled out Bangladesh for 195 on the third day of the second Test in Kolkata on Sunday. After clinching the series, Virat Kohli was all praise for the BCCI president Sourav Ganguly. Kohli thanked Sourav Ganguly for establishing a winning culture. "The idea is to establish yourself in the middle and we have learnt to stand up and give it back. It all started with Dada's team and we are just carrying it forward," Virat Kohli had said after the series win in Kolkata.

After Kohli's comments, former India batting legend, Sunil Gavaskar reminded the current captain that India used to win even in the 1970s and 1980s.

"This is a fantastic win but I would like to make a point. The Indian captain said that this thing started in 2000 with Dada's (Ganguly's) team. I know Dada is the BCCI President, so maybe Kohli wanted to say nice things about him. But India were also winning in the '70s and '80s. He wasn't born then," Gavaskar said in the post-match show.

Gavaskar further mentioned that many people think cricket began only in 2000s but India had won away from home 30 years back.

"A lot of people still think that cricket started only in 2000s. But the Indian team won overseas in the '70s. The Indian team also won away in 1986. India also drew series overseas. They lost like other teams did," Gavaskar said.

In the match, which was India's first pink ball Test, the hosts bundled out Bangladesh for 106 in the first innings and then declared their innings at 347 for nine on Day 2.

On Saturday, India already managed to break the back of Bangladesh's batting line up by picking up six wickets before stumps.

Virat Kohli Sourav Ganguly Cricket
Get the latest updates on India vs Australia Series, check out the India vs Australia Schedule for 2020-21 and Ind vs Aus live score . Like us on Facebook or follow us on Twitter for more sports updates. You can also download the NDTV Cricket app for Android or iOS.