Soumya Sarkar was one of the player who vomited during Bangladesh's successful run-chase against India during the first T20I in New Delhi. 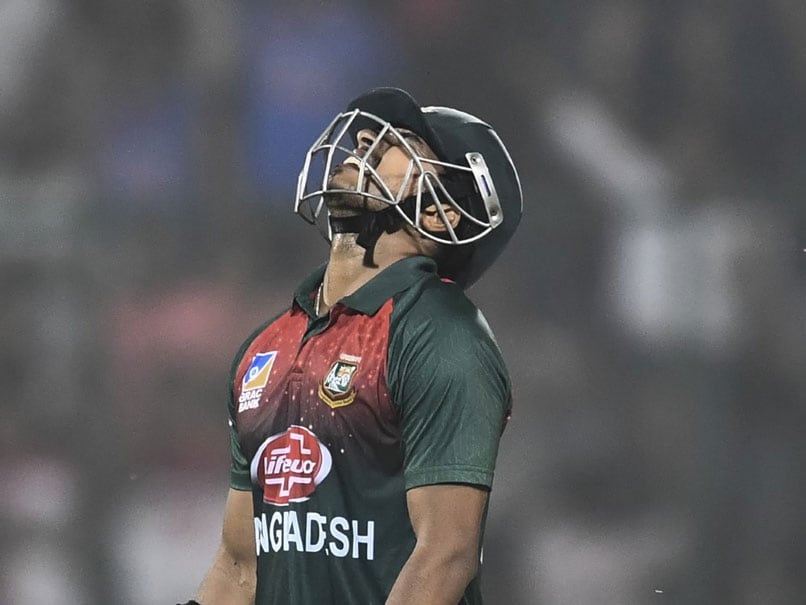 Soumya Sarkar was disappointed after his dismissal.© AFP

Soumya Sarkar and one other Bangladesh player vomited on the field during the first Twenty20 International (T20I) in New Delhi on Sunday, espncricinfo.com confirmed in a report. The first T20I was played in unfavourable conditions as the air pollution level in New Delhi worsened after the festival of Diwali. However, the visiting Bangladesh side went on to win their first-ever T20I match against India as they chased down the target with seven wickets and three balls to spare. Veteran Bangladesh batsman Mushfiqur Rahim after the match had said his team found it hard to cope up with the weather ever since their arrival in India.

Rahim also said, pollution was not an issue for him and his focus was on facing the opposition bowlers.

"Pollution is not an issue for me. I was more concerned about facing the opposition bowlers than worry about pollution," Mushfiqur told reporters.

"Irrespective of the condition we had to play. Since the moment we arrived in India it was like this and we did cope up with the weather and performed on match day," he added.

Meanwhile, BCCI President Sourav Ganguly had thanked both the teams for playing the Delhi T20I under tough conditions.

"Thank u to both the teams to play this game @ImRo45 @BCBtigers under tuff conditions .. well done bangladesh..," Ganguly tweeted.

The second T20I will be played at the Saurashtra Cricket Association Stadium, Rajkot on Thursday. It will be a must-win match for hosts India as Bangladesh lead the three-match series 1-0.

Bangladesh Cricket Team India vs Bangladesh Soumya Sarkar Cricket
Get the latest updates on IND vs NZ 2021, check out the Schedule and Live Score . Like us on Facebook or follow us on Twitter for more sports updates. You can also download the NDTV Cricket app for Android or iOS.