David Warner, who is expecting Virat Kohli to call him over for a dinner, said he has kept his "phone waiting" for the India captain's call. 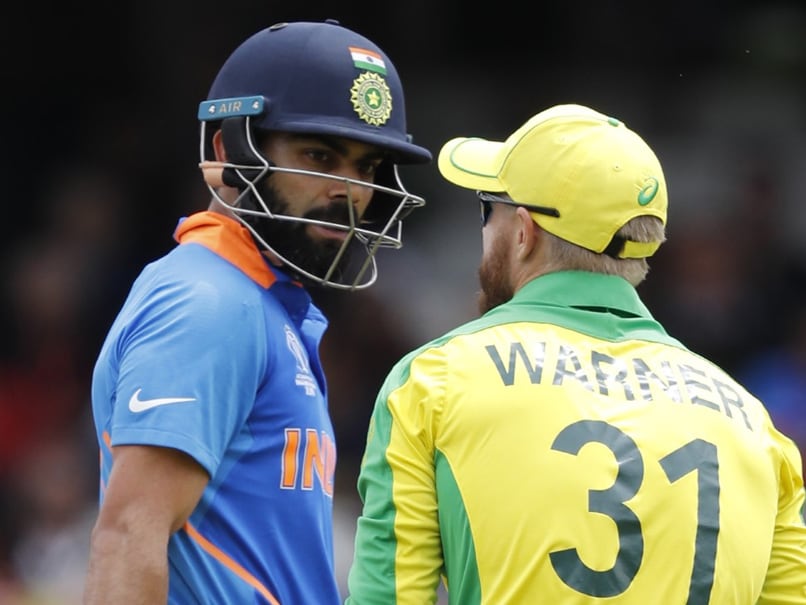 David Warner and Virat Kohli in action for their respective teams.© AFP

David Warner, who took the Indian bowlers to the cleaners during the first One-day International (ODI), is waiting for a dinner invitation from Team India captain Virat Kohli. In a candid interview to Indian Premier League (IPL) franchise SunRisers Hyderabad (SRH), David Warner said that he has got his phone waiting for a call from Virat Kohli. However, it is still to be seen if Virat Kohli accepts his request while Australia are in India for a three-match ODI series. "I'm really looking forward to it and waiting for Virat to invite me over dinner," Warner said.

"Got my phone waiting here, Virat," he added.

Guess who's waiting for @imVkohli's call for dinner?

Speaking about playing in India, David Warner said, "To come here and play one day cricket is really special. It's a great crowd that comes out to support".

The southpaw also said, he expects the ODI series against India to be a high tempo affair. He feels Team India is playing really well and Rohit Sharma, Kohli, Jasprit Bumrah are some of the key players in the side.

"You can play different kind of game, a high tempo game and obviously it's great competition," Warner said.

"You got Virat, Rahul, Rohit. Bumrah is back, the team is going really well," the 33-year-old added.

India will be wary of Warner after his brilliant show in the series opener. He will be next seen in action during the second ODI in Rajkot on Friday. The final ODI will be played in Bengaluru on Sunday.