Michael Clarke has come out in defence of Virat Kohli saying that 2-3 Australian journalists are trying to tarnish the image of the India skipper. 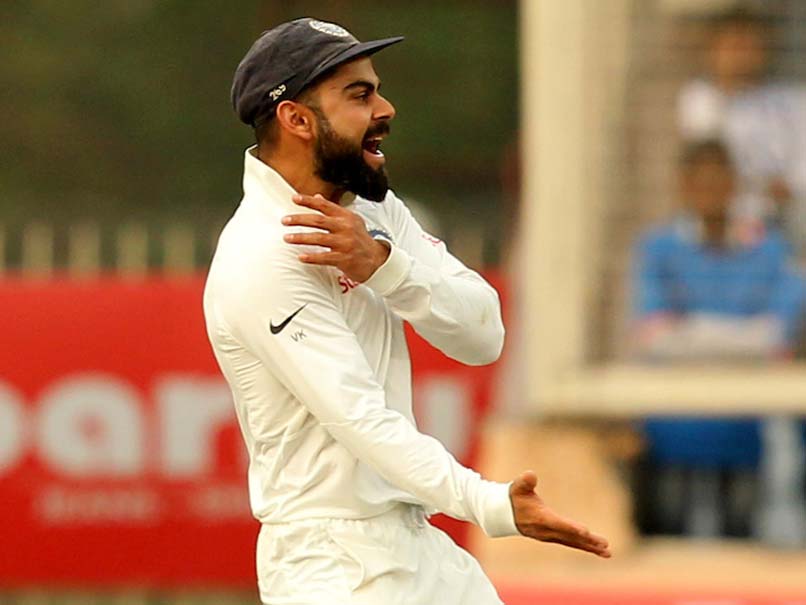 Former Australia skipper Michael Clarke has defended Virat Kohli, saying that two or three Australian journalists are trying to tarnish the Indian skipper's image. Clarke, who led Australia to the 2015 World Cup title at the Melbourne Cricket Ground, has said that Kohli should not 'bothered' by a couple of Australian journalists. Australia's 'Daily Telegraph' in its report had compared Kohli to United States president Donald Trump.

"Just like President Trump, Kohli decided to blame the media as a means of trying to hide the egg smeared right across his face," the report stated to Kohli's allegations about the Australian team disrespecting physio Patrick Farhart.

However, Clarke on Wednesday firmly supported the feisty Indian captain.

"Comparing Virat Kohli with Donald Trump - what a load of s*** is that. What Virat did, even Smith would have. Bear in mind, I love Kohli and the Australian public love him. I always somehow find an Australian in him the way he plays and I absolutely love how he accepts challenges. It's just two or three reporters who are trying to tarnish him but Virat shouldn't be bothered," Clarke told 'Aaj Tak-India Today' news channel.

Clarke said even Steve Smith won't be bothered by what the Australian media is writing.

"I don't think even Steve Smith would bother about what the Australian media is saying. In fact both the captains would be telling their teams to concentrate on how to win in Dharamsala.

"It is more like the Ashes 2005 we played where every Test was life and death and the players gave it all on the field. But off the field, both teams remained friends. It is only befitting of the way this series has been played that it will be decided in the last Test."

Clarke said that Kohli is one innings away from getting a big score.

"Virat is tough and if you're number one, then you have got to be tough. That's how champions play. He may come up with a big century and win India the series in Dharamsala," Clarke said.

"Expectations from him are so high that every time he steps out to bat, people want him to score centuries."

Clarke said that once again toss will be a deciding factor and India would be in trouble if there is any moisture left on the strip.

"India will be silly to leave any moisture on the Dharamsala pitch. The pitch will be more like Ranchi or other venues in this series but I have a feeling, the captain winning the toss should win the Test. Bowlers from both the teams are so fatigued, both teams would want to bat first and allow their bowlers a bit of rest. Bat first and get 400-450 on the board."