India Have Been Overconfident vs Australia: Mitchell Johnson

India have been overconfident in the series vs Australia and will be nervous in the upcoming fourth and final Test in Dharamsala, says Mitchell Johnson 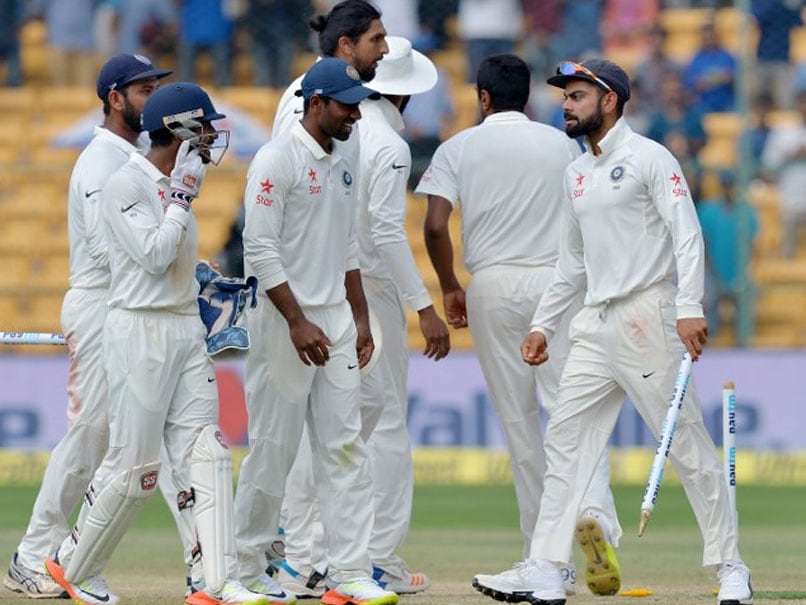 India will be nervous ahead of the fourth and final Test in Dharamsala, says Mitchell Johnson.© AFP

Former Australia pacer Mitchell Johnson has said that India have been overconfident in the ongoing four-match Test series against Australia and the scoreline shows that. He added that the hosts will be nervous in the Dharamsala Test which is due to begin on March 25. After playing three Tests in Pune, Bengaluru and Ranchi, the series is currently locked at 1-1 with the fourth and final match to be played in the hill station of Dharamsala, another new Test venue.

Johnson, who played international cricket for Australia from 2005 to 2015, feels that India will be nervous considering the pacer-friendly conditions of Dharamsala.

"Dharamsala is an amazing ground and the only times I have seen it are with grass on (the pitch). So I think that's why the Australians will probably be confident and India will be a little bit nervous. I think they've been overconfident in this series and I think the scoreline shows that," Johnson told Fox Sports.

The Australian pace great feels that Pune Test hero Steve O'Keefe may have to make way for Jackson Bird in seamer-friendly conditions when the fourth Test gets underway from Saturday.

"I think we're going to lose a spinner out of this Test match," he said.

#INDvAUS what a series! With 1 test to go home side will be getting nervous Have a good night

"The spinners have been great throughout the series. There's been a lot of pressure on the spinners to go out there and perform and I think they've had some good patches and some bad patches. But that's the game. It's a tough one because they have both had their moments in this series, but I think you have got to go with experience.

"I think Nathan Lyon will get a lot more bounce and he has been turning the ball quite nicely. But then again, you've got to look at left- and right-hand combinations," Johnson said.

Johnson feels that Bird will be more suitable for Dharamsala track.

"If it's more of an Australian kind of wicket, I think you'll see Nathan Lyon bowl and Bird come in as the third quick.

Johnson, a veteran of 73 Tests is happy that Peter Handscomb and Shaun Marsh saved the game for Australia providing them with psychological advantage.

"(The result in Ranchi) gives Australia a huge advantage I think. For them (India) to know that it's not about Steve Smith and David Warner, other guys in the team can perform and can play out for a draw. They dug in and played exceptional cricket."

"They (Australia) will be pumped after that. Even though it was only a draw, to them it will feel very good and very positive. Because they have collapsed a lot in the past. That's why I'm confident Australia will win."