India vs Australia: Steve Smith, Set To Play 100th ODI, Says He Has Evolved As A White-Ball Player 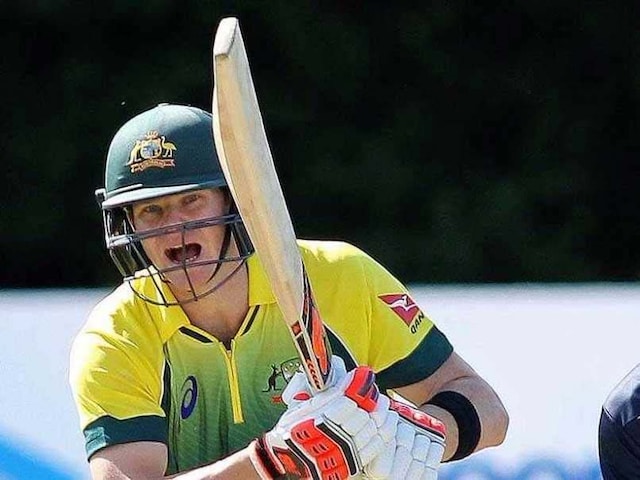 Australia are all set to play the second one-day international of the five-match ODI series against India in Kolkata on Thursday and the visitors' captain Steve Smith says they will come back hard to give India a tough competition. Smith will also play his 100th ODI match on Thursday and in the pre-match press conference shared his journey from being a bowler to the top-order batsman. From starting as a leg-break bowler to scoring a hundred in a high-pressure World Cup semi-final, Australia captain Steve Smith feels he has matured quite a lot as he gears up to play his landmark match.

"I think I have evolved a lot as a white ball player. When I first started playing one-day cricket, my first 30-odd games, I played more as a bowler. I had to change a bit there. I've been batting at No 3 now for a while now," Smith said when asked about his feelings ahead of milestone match.

"I had to find the right tempo for the game, whether it's hitting boundaries or finding the right time to hit a right boundary. You learn as you play. It's pretty exciting to play my 100th game tomorrow," Smith said.

Smith said his most memorable ODI innings was century in the 2015 World Cup semi-final against India.

"It was a pretty big game and it was good to get a big score there. I think we lost a wicket pretty early. I was able to form a partnership with (Aaron) Finch. I will say that's probably one of better one-day hundreds in a big occasion." Captain Smith is only 42 matches old and is still learning.

"I think you're always learning. You are trying to evolve and just keep trying to get better. You can never be satisfied. You want to be the best you can. Yes, I have learnt a lot along the way but there's always so much more to learn and get better at as well," he concluded.

Comments
Topics mentioned in this article
India Cricket Team Australia Cricket Team Steven Smith Eden Gardens India vs Australia 2017 Cricket
Get the latest Cricket news, check out the India cricket schedule, Cricket live score . Like us on Facebook or follow us on Twitter for more sports updates. You can also download the NDTV Cricket app for Android or iOS.