Virat Kohli also said that his batsmen should have done a better job in Bengaluru. 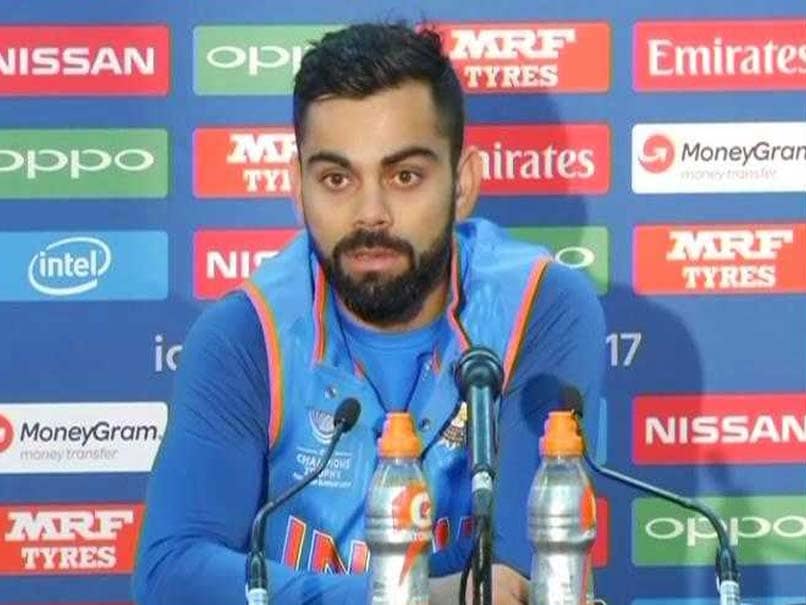 India captain Virat Kohli on Thursday defended the spinners and termed the defeat against Australia as a result of a rare-off day. Australia snapped India's nine-match ODI winning streakas they had a last laugh in the fourth ODI in Bengaluru beating India by a margin of 21 runs. Chasing a big total, Ajinkya Rahane and Rohit Sharma gave India a solid start but quick wickets of the openers and then Virat Kohli jolted the hosts. Kedar Jadhav and Hardik Pandya led the recovery and were going great guns before the latter fell for 41 at the crucial juncture. Jadhav's wicket in the 46th over stuttered the hosts and MS Dhoni's departure in the last ball of the 48th over was the final nail in the coffin. Australia opened their account in the series but still Virat Kohli and men lead the five-match series 3-1.

"Umesh and Shami bowled well. Spinners won't always have good days. Australia were really good today. With the bat, their intent was really good. They pulled things back nicely in the field. We didn't play so badly, but they were better on the day," said Kohli in the post-match presentation.

The Indian captain also said that his batsmen should have done a better job in Bengaluru.

"We were optimistic with our chances. We got a good opening partnership but we needed one big partnership after that as well. From that point of view, it wasn't a great batting performance from us. That can happen. People have off days," he said.

"The only respite for the fast bowlers was taking the pace off the deliveries. The pitch looked worse than it played. It played very well and surprised all of us," Kohli added.

Australian captain Steven Smith was relieved at finally getting a win on the tour.

"Nice to get a win in. Warner and Finch were spectacular. They really paced their innings nicely and set us up to get 330 plus. We lost a few wickets again but Handscomb was very good at the end. Nice little cameo to get us to 334. I think 300 wouldn't have been enough," said Smith.