Hong Kong will take on Zimbabwe in the first match of the World Twenty20 qualifiers in Nagpur on Tuesday. 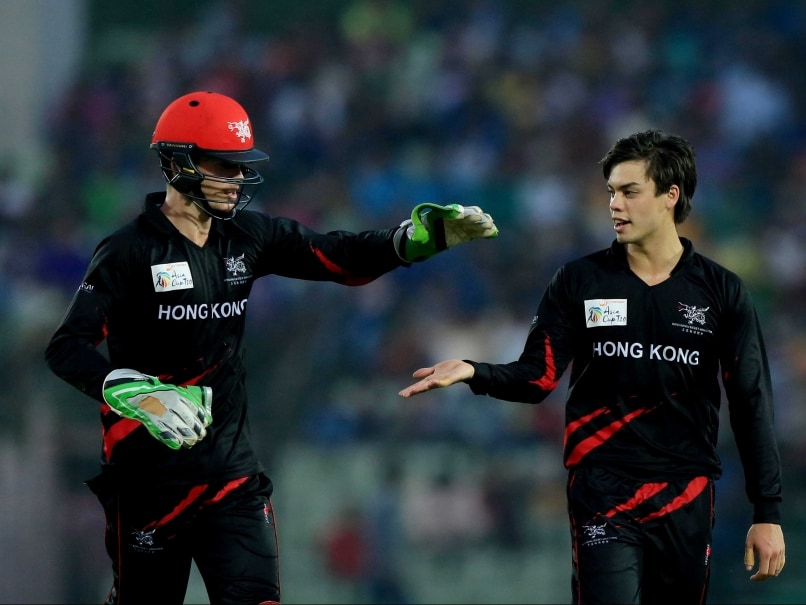 Hong Kong will be aiming to upset Zimbabwe in their opening match of the World Twenty20 qualifiers.© AFP

Ahead of the World T20 qualifying opener on Tuesday, Hong Kong skipper Tanwir Afzal said Zimbabwe were an experienced side and his team had a plan for them. (Hong Kong Player Linked With Match-Fixing)

"They (Zimbabwe) are an experienced outfit but we have a plan for them. Their statistics are with us and suitable strategies are in place. Our side is young and our World Cup experience will add to development of the game back home," Afzal told reporters here at the pre-match conference.

While Zimbabwe play Hong Kong tomorrow at the Vidarbha Cricket Association Jamtha Stadium, Scotland take on Afghanistan at the same venue later in the evening.

For Zimbabwe, return of the pace Tendai Chatara has added spice to their bowling attack. The team, whose support staff include Dave Whatmore, former Sri Lankan player Marvan Atapattu and ex-South African pacer Mkhaya Ntini, practised at the stadium.

Referring to the wicket of the India-South Africa match played here last here, Zimbabwe captain Hamilton Masakadza said, "That was a Test match and this track is prepared for Twenty20 cricket. It will definitely be a good surface."

The International Cricket Council announced in January that Hong Kong all-rounder Irfan Ahmed had been suspended and charged with failing to disclose an approach from an individual. Hong Kong start their T20 World Cup 2016 with a match against Zimbabwe on Tuesday.

NEW DELHI (Reuters) -ÂCricket's world governing body (ICC) said on Monday that its anti-corruption unit was probing the Hong Kong team but ruled out any match-fixing angle to its investigation.

"In recent times you would have read in the media that a particular player was suspended from his country and the investigations relate to the same team," Richardson told reporters.

The governing body announced in January that Hong Kong all-rounder Irfan Ahmed had been suspended and charged with failing to disclose an approach from an individual.

"We should not speculate that it involves or there's any match-fixing or anything going on with particular players or a particular teams," Richardson said.

"Often we get our intelligence from players reporting various approaches that corrupt people make to them."

Hong Kong play the first match of the T20 World Cup 2016 on Tuesday against Zimbabwe in first-round Group B which also includes Afghanistan and Scotland.

The ICC has done stellar work to shield players from full member nations against such approaches but "corrupt" individuals were finding new targets, Richardson said.

"We are now finding that the corruptors are now focused on associate members, women's teams etc etc. So we got to make sure the players from all the teams are very well educated, understand their responsibilities and would not get involved."

"Unfortunately, this is the world we are living. There are corrupt people all over the world, trying their best to get hold of players."

CricketÂhas been plagued by a number of corruption issues and a 2010 spot-fixing scandal resulted in bans and jail terms for Pakistan fast bowlers Mohammad Asif and Mohammad Amir, and former test captain Salman Butt.

South African Richardson, however, is confident that the sixth T20 World Cup, which starts on Tuesday, will not be affected by it.

"I'm very confident that we'll have a clean tournament," he said.

"I know that our anti-corruption unit has been working hand-in-hand with the law enforcement agencies and the police in India to make sure that any information is shared," he said.

"I'm very confident that the matches will be played in the correct spirit."

Comments
Topics mentioned in this article
Hong Kong Zimbabwe Cricket Team World T20, 2016 Vidarbha Cricket Association Ground, Nagpur Cricket
Get the latest updates on ICC T20 Worldcup 2022 and CWG 2022 check out the Schedule, Live Score and Medals Tally. Like us on Facebook or follow us on Twitter for more sports updates. You can also download the NDTV Cricket app for Android or iOS.