Mohammad Mithun and Nasir Hossain were not part of the Bangladesh squad that drew 2-2 with Zimbabwe in the recent series in Khulna. 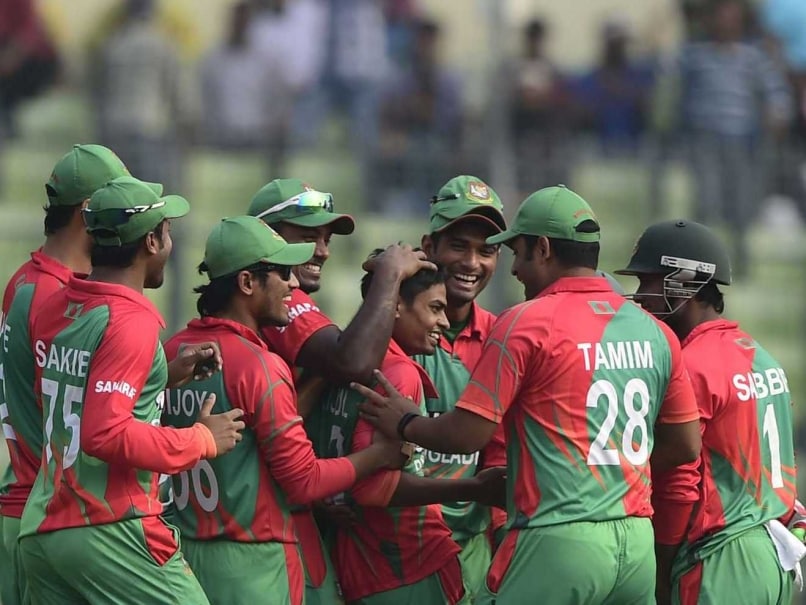 Bangladesh will play in ICC World Twenty20 qualification Group A alongside Ireland, the Netherlands and Oman.© AFP
Dhaka:

Mithun and Nasir were not part of the Bangladesh squad that drew 2-2 with Zimbabwe in the recent series in Khulna. (Masakadza, Madziva Level Series For Zimbabwe)

Chief selector Faruque Ahmed said they have been picked as "back-up" to the regular players. (Bangladesh Board Reluctant to SendMustafizur RahmanFor PSL)

"More or less we have an idea about our best 11 players. We thought they have the potential to be the next best," Faruque told a press conference.

Wicketkeeper-batsman Mithun played his last T20 international against the West Indies in August 2014 while Nasir was rested during last month's series against Zimbabwe.

Mashrafe Mortaza will lead the side in the tournament.

Batsman Mushfiqur Rahim and left-arm paceman Mustafizur Rahman also return to the squad after missing the last two matches against Zimbabwe due to injury.

Bangladesh will play in the qualification Group A alongside Ireland, the Netherlands and Oman.

The top team from the group will then enter the main draw to take on the eight leading cricket nations in matches starting on March 15.

Comments
Topics mentioned in this article
Bangladesh Cricket Team Nasir Hossain Mashrafe Mortaza World T20, 2016 Cricket
Get the latest updates on ICC T20 Worldcup 2022 and CWG 2022 check out the Schedule, Live Score and Medals Tally. Like us on Facebook or follow us on Twitter for more sports updates. You can also download the NDTV Cricket app for Android or iOS.