Pakistan on Thursday defeated Afghanistan by 24 runs in a Group C match of the ongoing U-19 World Cup at the Brian Lara Stadium in Trinidad. 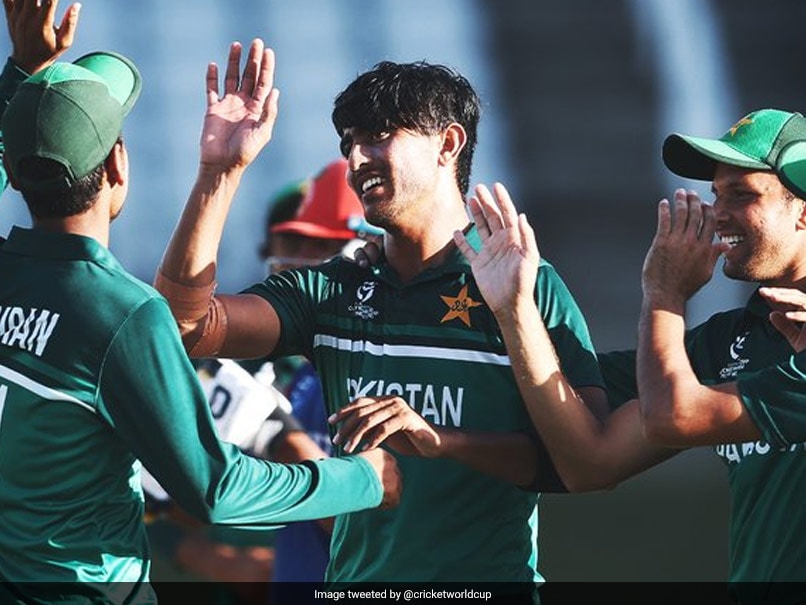 Pakistan on Thursday defeated Afghanistan by 24 runs in a Group C match of the ongoing U-19 World Cup at the Brian Lara Stadium in Trinidad. With this win, Pakistan booked their place in the Super League quarter-finals, with two wins from as many games so far. After electing to bat first, Pakistan lost opener Haseebullah Khan cheaply in the third over. Muhammad Shehzad and Abdul Fasseh then added 60 runs for the next wicket before the former was dismissed seven runs short of his half-century.

Faseeh, however, continued his vigil scoring a fine half-century as he was joined by skipper Qasim Akram in the middle.

Both Akram (38) and Faseeh (68) were dismissed in quick successions, and Pakistan were reduced to 173 for six.

Maaz Sadaqat played a handy cameo of 42 off just 37 balls as Pakistan managed to put on a total of 239 for nine in their quota of 50 overs.

Chasing a total of 240 runs, Afghanistan couldn't make the most of the start given by openers Bilal Sayedi and Nangyalai Khan as they were reduced to a total of 215 for 9.

For Pakistan, Awais Ali starred once again with the ball, taking three for 36 while skipper Akram also scalped two wickets.

Pakistan now top Group C and are also through to the quarter-finals with this win.

Afghanistan U19 Qasim Akram Abdul Faseeh Bilal Sayeedi Ijaz Ahmadzai ICC Under 19 World Cup 2022 Cricket Pakistan Under-19 vs Afghanistan Under-19, Match 18
Get the latest updates on Fifa Worldcup 2022 and check out  Fifa World Cup Schedule, Stats and Live Cricket Score. Like us on Facebook or follow us on Twitter for more sports updates. You can also download the NDTV Cricket app for Android or iOS.