During the U19 World Cup game against Pakistan, Afghanistan pacer Bilal Sami let out a roar after dismissing Pakistan's Haseebullah Khan with a fine bouncer. 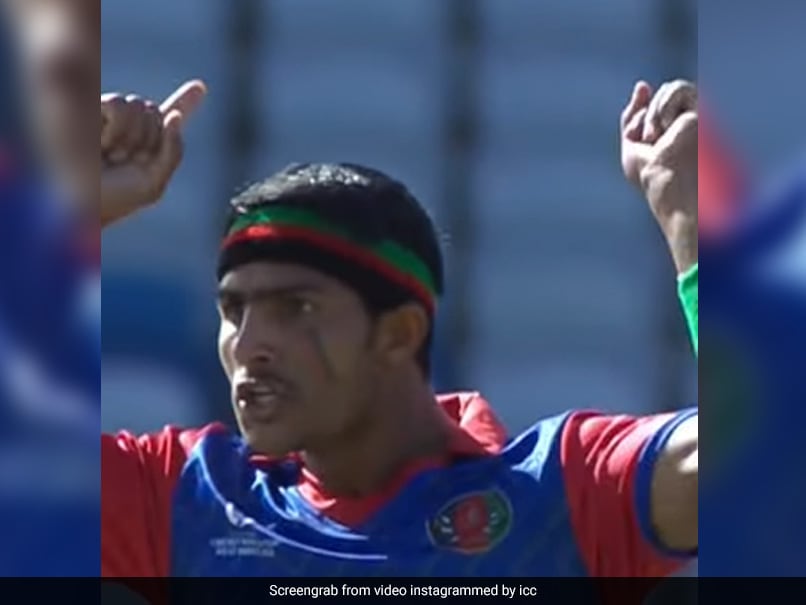 Pakistan defeated neighbours Afghanistan in a thrilling game in a U19 World Cup Group C match at the Brian Lara Stadium in Trinidad on Thursday. During the match, Afghanistan pacer Bilal Sami hogged all the limelight for his ferocious delivery and fiery celebration after getting the better of Pakistan batter Haseebullah Khan. The incident took place during the penultimate delivery of the third over of when Sami bowled a fine bouncer, to which Haseebullah had no answers to. While trying to pull the ball towards the leg side, the Pakistan batter, instead, top-edged one behind for Afghanistan wicketkeeper Mohammad Ishaq, who took a fine catch.

An elated Sami let out a roar after dismissing Haseebullah, who had scored a century in Pakistan's campaign opener.

A video of the incident was posted by ICC on their Instagram handle:

Meanwhile, Pakistan eventually won the game by 24 runs and also qualified for the quarterfinals of the tournament.

After electing to bat first, Pakistan, despite losing Haseebullah early, went on to post a total of 239 for 9 in 50 overs.

Abdul Faseeh starred with the bat, scoring a fine 68, while Muhammad Shehzad (43), skipper Qasim Akram (38) and Maaz Sadaqat (42) made handy contributions for Pakistan.

In reply, Afghanistan were restricted to 215 for 9 with Bilal Sayed top-scoring with an 81-ball 42.

Awais Ali starred with the ball once again, taking three for three for 36 while skipper Akram capped off a fine all-round display with two important wickets.

Pakistan sit top of Group C with two wins from two games, and will now face Papua New Guinea in their final group match on Saturday, January 22 at the Queen's Park Oval in Trinidad.

Afghanistan U19 Bilal Sami Mohammad Ishaq Haseebullah Khan Qasim Akram ICC Under 19 World Cup 2022 Cricket
Get the latest updates on IPL Auction 2023 and check out  IPL 2023 and Live Cricket Score. Like us on Facebook or follow us on Twitter for more sports updates. You can also download the NDTV Cricket app for Android or iOS.