U19 World Cup: Raj Angad Bawa produced a stunning all-round performance in the final against England. He was given the man of the match award for his heroics. 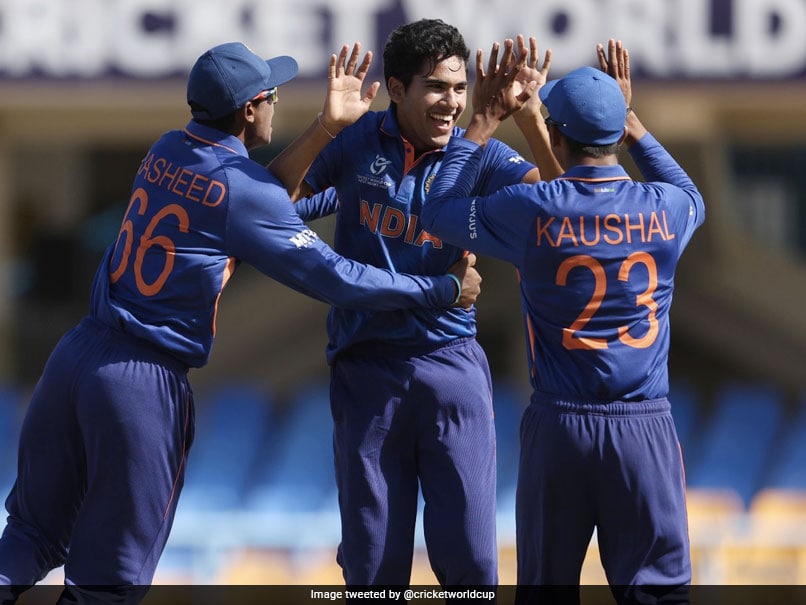 India continued their dominance in U19 World Cups by winning a record-extending fifth title on Saturday night in Antigua. Throughout the tournament there have been several star performers for India in their unblemished run to the U19 World Cup crown but in the final one man stood out and put his hands up on the biggest stage for a budding cricketer. His name -- Raj Angad Bawa. The all-rounder made key contributions with both the bat and ball in the U19 World Cup final against England to win the man of the match award.

Performing when it matters most seems to run in the family. Raj Bawa happens to be the grandson Tarlochan Singh Bawa, a member of the Indian hockey team that won gold medal at the 1948 Olympic Games.

In fact, Tarlochan too made a big impact for India in the 1948 London Olympics, scoring two goals, one of which came in the final against hosts Great Britain.

Fast forward 74 years, and Tarlochan's grandson Raj Bawa is creating his own legacy and bringing the country laurels -- the only difference being that he is doing it on a cricket field instead of hockey.

It wasn't like Raj Bawa performed just in the final. Throughout the tournament Bawa showcased his brilliant abilities with both the bat and ball.

He was in rampaging form in the match against Uganda, smashing 162 not out off just 108 balls.

In the final, Bawa had a huge impact. He became the first Indian cricketer to bag a fifer in an ICC tournament final and then followed it up with a crucial knock of 35 off 54 balls as India chased down the 190-run target with four wickets remaining and 14 balls to spare.

Bawa ended up being India's second highest run-getter in the tournament and the third highest-wicket taker for the team.

England Cricket Team Raj Angad Bawa ICC Under 19 World Cup 2022 Cricket
Get the latest updates on ICC T20 Worldcup 2022 and CWG 2022 check out the Schedule, Live Score and Medals Tally. Like us on Facebook or follow us on Twitter for more sports updates. You can also download the NDTV Cricket app for Android or iOS.