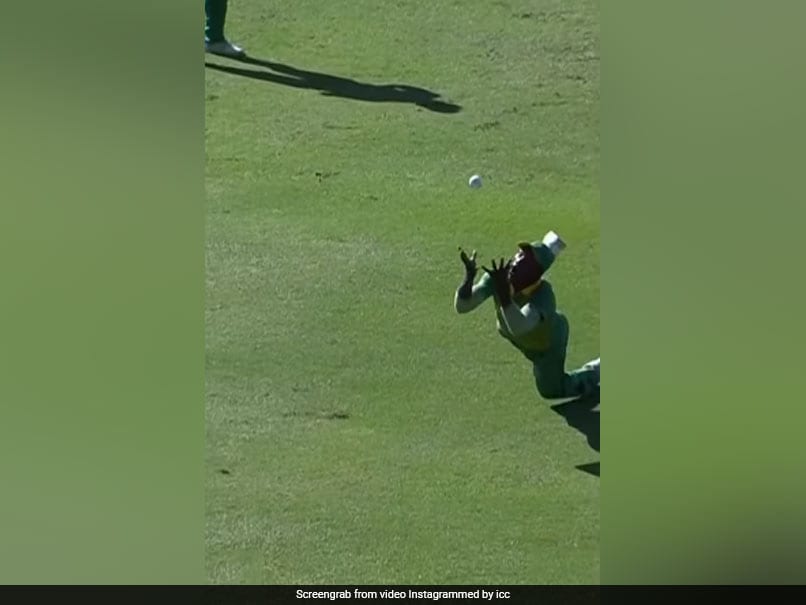 South Africa crashed to a defeat against Sri Lanka in their 5th place playoff fixture of the ongoing ICC U-19 Cricket World Cup in North Sound on Sunday. Despite losing by 65 runs, the Proteas had plenty of positives to look at, especially their fielding. Andile Simelane perfectly showed South Africa's fielding skills with an outstanding catch during the match. During the ninth over of Sri Lanka's innings, Sakuna Liyanage received a short delivery from Matthew Boast which he outside edged to second slip where a jumping Simelane saw the ball bounce on his palm and then he dived backwards to catch it at the rebound. The ICC posted a video of the highlight on Instagram and also captioned it as, "Andile Simelane - catch of the tournament?"

Sri Lanka set a target of 233 runs for their opponents after posting 232 for six in 50 overs.

Chasing a target of 233, the Proteas were bowled out for 167 in 37.3 overs. Gerhardus Maree top-scored for his side with a knock of 44 runs off 43 deliveries.

South Africa U19 ICC Under 19 World Cup 2022 South Africa Under-19 vs Sri Lanka Under-19, 5th Place Play-off 2nd Semi-Final Cricket Social
Get the latest updates on IPL Auction 2023 and check out  IPL 2023 and Live Cricket Score. Like us on Facebook or follow us on Twitter for more sports updates. You can also download the NDTV Cricket app for Android or iOS.