T20 World Cup 2021: Pakistan cricket team's batting consultant Matthew Hayden spoke about the inspiring "sporting brotherhood" that was on show after the India versus Pakistan encounter on October 24 in Dubai. 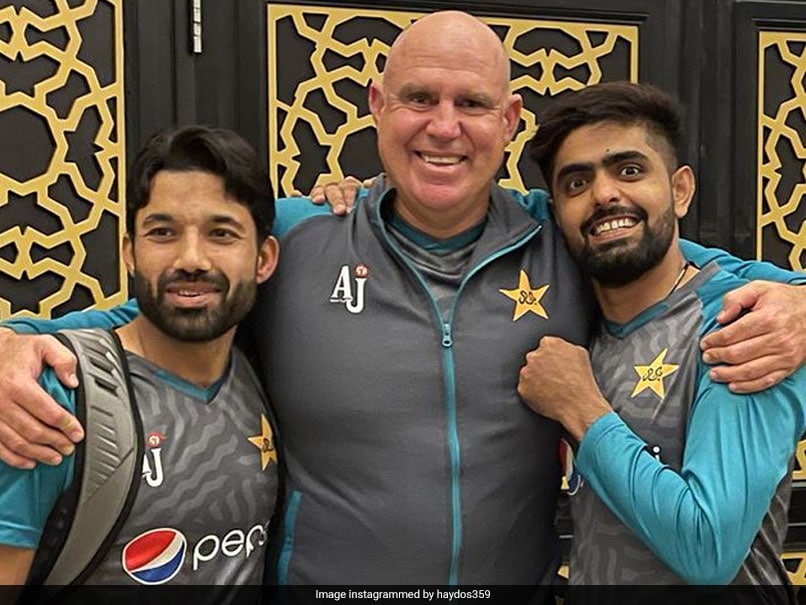 Former Australia cricketer and the current batting consultant of the Pakistan cricket team, Matthew Hayden spoke about events that inspired him the most after the India vs Pakistan game at the Dubai International Stadium on October 24. Hayden highlighted the "fantastic sporting brotherhood" that was showcased by players from both sides after Pakistan's crushing 10-wicket win over India in their opening game of the T20 World Cup. He praised the friendly exchanges between the players on the ground after the game.

In a video posted by the Pakistan Cricket Board (PCB) on YouTube, Hayden highlighted the camaraderie between the players after the game.

"The thing that inspired me the most out of the performance was the fantastic sporting brotherhood," said Hayden, a former Australia opening batsman who is now working with Pakistan's T20 squad.

After the game, Team India mentor MS Dhoni was seen talking to Shoaib Malik and Pakistan skipper Babar Azam. The spirit of cricket was on display right after Mohammad Rizwan hit the winning runs and was congratulated by India skipper Virat Kohli.

"That's the role of sport, so it's beautiful to see those moments where MS Dhoni is holding court with a few of the (Pakistan) players and Virat Kohli and (Rizwan), you know, in brotherhood, joining hands after there was heated battles in the middle."

After their thumping win vs India, Pakistan defeated New Zealand by five wickets in their second game on Tuesday in Sharjah to boost their semifinal hopes.

India will take on New Zealand in their second game of the tournament on Sunday.

Shoaib Malik ICC T20 World Cup 2021 Cricket
Get the latest updates on IND vs NZ 2021, check out the Schedule and Live Score . Like us on Facebook or follow us on Twitter for more sports updates. You can also download the NDTV Cricket app for Android or iOS.