India are on top of Pool C currently and will be keen to keep their position intact. 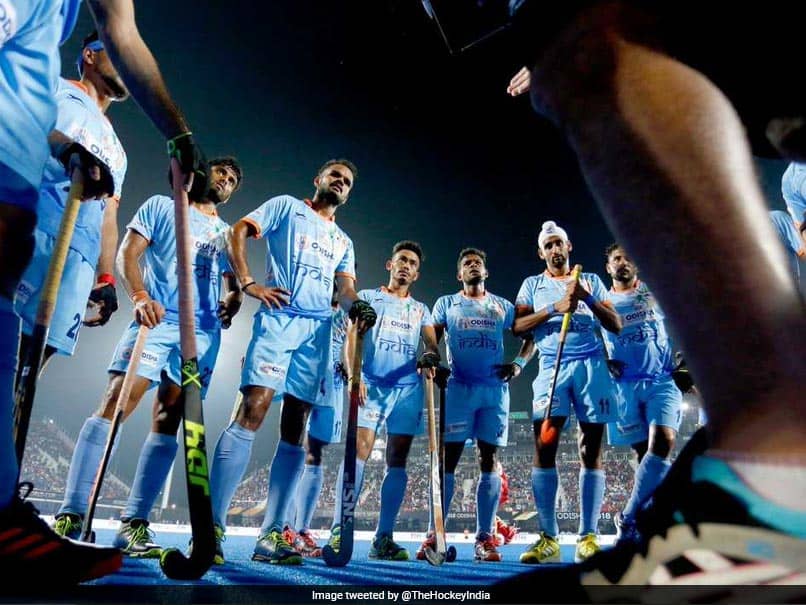 The Indian men's hockey team that remained unbeaten after a thrilling draw against Belgium in their previous match Hockey World Cup 2018 match at the Kalinga Stadium in Bhubaneswar will aim to keep their top spot in Pool C intact when they take on Canada in their final league encounter on Saturday. India are presently on top of group with four points but Belgium, with the same number of points and separated only by goal difference, will be keeping a keen eye on proceedings. The home team will look for a convincing win when they take on 11th ranked Canada and maintain the top spot to earn a direct qualification to the quarter-finals of the tournament.

India got off to a solid start in the tournament with a thumping 5-0 win against South Africa. In the second match, the Manpreet Singh-led team was held to a 2-2 draw against World No. 3 Belgium. Harmanpreet Singh and Simranjeet Singh were the scorers for India.

With the next match against lower ranked team, the likes of Mandeep Singh and Akashdeep Singh will look to improve their performance ahead of the knock-out stages.

On the other hand, Canada are currently placed third in the group. After suffering a 1-2 defeat against Belgium in their opening match, Canada played a 1-1 draw against South Africa.

The match between India and Canada starts at 19:00 IST.

Comments
Topics mentioned in this article
India Canada Hockey
Get the latest updates on IPL 2021, IPL Points Table , IPL Schedule 2021 , live score . Like us on Facebook or follow us on Twitter for more sports updates. You can also download the NDTV Cricket app for Android or iOS.