China will next play Ireland while England will be up against reigning two-time world champions Australia. 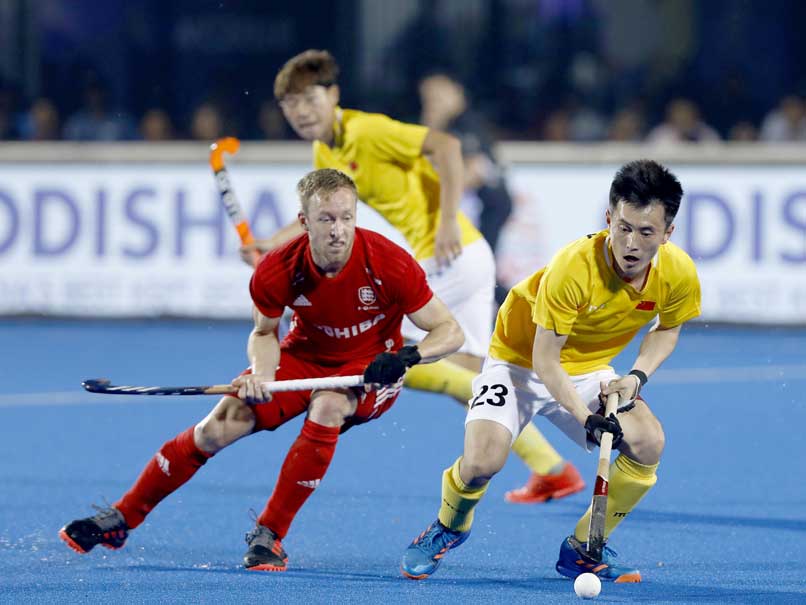 China held World No.7 England to a 2-2 draw in a Pool B match of the men's Hockey World Cup in Bhubaneswar on Friday. With a last-minute equaliser, China stunned a higher-ranked England in their Hockey World Cup debut. China's men's hockey team's best result in the sport till date is a silver medal finish at the 2006 Doha Asian Games. England started the match as overwhelming favourites, but China took an early in the fifth minute by a brilliant Xiaoping Gao field goal from a tight angle after dribbling past three English defenders. However, China's lead didn't last long as Mark Gleghorne equalised for England via a penalty corner.

Even though England enjoyed the lion's share of the possession and created numerous chances, they couldn't find a way past a resolute Chinese defence.

However, Liam Ansell gave England the lead in the 48th minute.

But China didn't give up and continued to show sparks in patches. While defending stoutly, they also started to create chances with swift counter-attacks.

China's persistence finally bore fruit as they equalised just a minute from the final hooter.

China's South Korean coach Sang Ryul Kim praised his team's effort, saying the result came as a "surprise" to him.

Happy faces all around, after China played their first-ever World Cup match on 30th November after they drew 2-2 against @EnglandHockey at the Odisha Hockey Men's World Cup Bhubaneswar 2018. #IndiaKaGame #HWC2018 #DilHockey #ENGvCHN pic.twitter.com/4YmkiITljE

"We came here with no high expectation as we are making our debut. What we wanted was to show fight and we did that today. It was a gritty performance from the boys and it was a good surprise to see us score 2 goals today," Sang Ryul Kim said.

China will next play Ireland on December 4 while England will be up against reigning two-time world champions Australia on the same day.