Samantha Quek was a member of the England women's hockey team which won the gold medal in the 2016 Olympics. 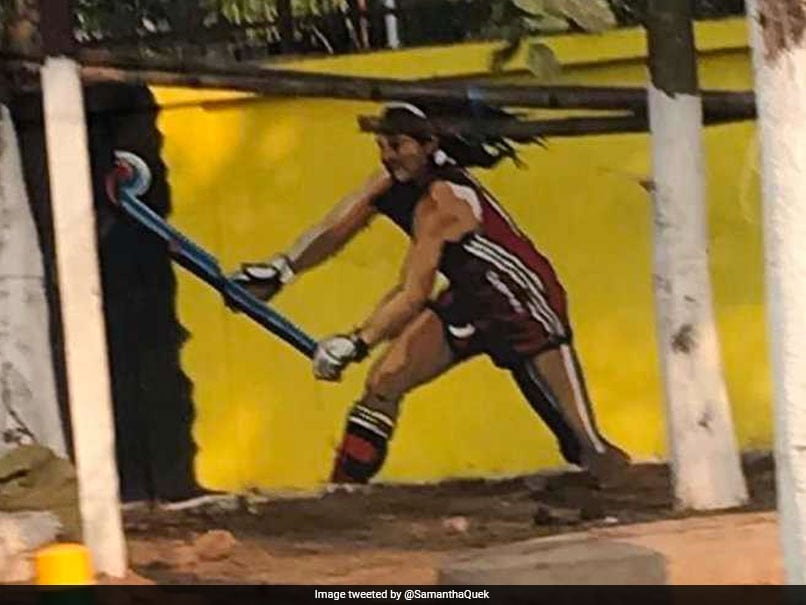 Samantha Quek has been in India for the past week.© Twitter

British women's hockey team star Samantha Quek has been in India for the past week, ahead of the Men's Hockey World Cup 2018 which gets underway on Wednesday. She will be a part of the official broadcast channel in India for the live coverage of the World Cup. While stationed in the host city of Bhubaneswar, the 2016 Olympics gold medallist Samantha Quek was reduced into tears when she found her own painting on a wall while taking a taxi ride.

Quek, sharing her experience on Twitter, posted her iconic picture along with the painting and said, she almost "swallowed her tongue" when she found it outside a local hospital.

Currently sat in the back of a taxi in Bhubaneswar in India, minding my own business and then almost swallowed my own tongue when I spotted this painted in a wall outside a local hospital...

Now I have tears rolling down my face.

The 30-year-old Quek was a member of the England team which bagged the gold medal in 2015 European Championship and silver in 2013. She also bagged silver during the 2014 Commonwealth Games.

The opening day of the Hockey World Cup 2018 on Wednesday will see a double-header. Belgium will play the inaugural match against Canada while hosts India will take on South Africa later in the day.

Ahead of India's opener, skipper Manpreet Singh had said that his side has improved over the past few years and it will be chance to prove the same at the highest level.

India are placed along with Belgium, Canada and South Africa in the Pool C.

Meanwhile, India's chief coach Harendra Singh on Tuesday defended presence of several junior players in the squad for the FIH World Cup, saying they are good enough to create history.

The current Indian team has seven out of 18 players from the junior World Cup squad, which under Harendra clinched the world title two years ago in Lucknow.