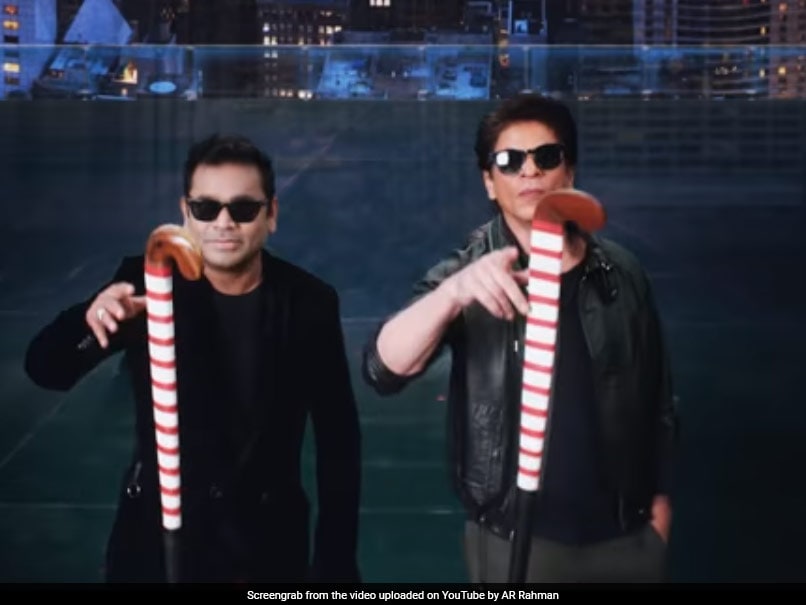 The 2018 Men's Hockey World Cup will be held in Bhubaneswar, India, starting from November 28. In the run-up to the much-awaited hockey event, Bollywood music composer and producer AR Rahman on Sunday took to Twitter and uploaded a teaser video of the official song of the Men's Hockey World Cup. AR Rahman collaborated with Bollywood lyricist Gulzar for the theme track, titled "Jai Hind, Jai India". The teaser video also features Bollywood superstar Shah Rukh Khan. Odisha Chief Minister Naveen Patnaik had earlier said that he was delighted to have AR Rahman compose the song for the World Cup.

Presenting the promo for 'Jai Hind India' the song for Hockey World Cup 2018 with @iamsrk and wonderful musicians who have collaborated for this track. https://t.co/MqzMPZGUXG@nupur_mahajan @Naveen_Odisha #HeartBeatsForHockey #AbBasHockey #HWC2018 #BToSProductions #Nayanthara

As soon as the video was tweeted, Odisha CM Naveen Patnaik said that the catchy teaser captures the "excitement and euphoria" of hockey lovers across India for the World Cup.

Hockey India, too, took to Twitter and wrote "With a teaser so intriguing, we can barely wait for the real thing!"

With a teaser so intriguing, we can barely wait for the real thing!

Earlier this month, AR Rahman had announced that he will performing live at the opening ceremony of the Hockey World Cup at the Kalinga Stadium in Bhubaneswar.

Delighted to announce that I shall be performing at the Millennium City, Cuttack, on 28th November as part of the Hockey World Cup celebrations #HWC2018 @Naveen_Odisha @TheHockeyIndia

The 2018 Men's Hockey World Cup will be held from November 28 to December 15, 2018. A total of 16 countries will be participating in the 14th edition of the tournament.

India are placed in Pool C along with Belgium, Canada and South Africa. The hosts open their campaign against South Africa on November 28.

India play their second Pool C match against Belgium on December 2 and will face Canada on December 8.

Sponsored by Vuukle
Comments
Topics mentioned in this article
India Australia Pakistan Canada Hockey
Get the latest updates on Fifa Worldcup 2022 and check out  Fifa World Cup Schedule, Stats and Live Cricket Score. Like us on Facebook or follow us on Twitter for more sports updates. You can also download the NDTV Cricket app for Android or iOS.