India defeated Japan 9-0 in their third match of the Asian Champions Trophy 2018. 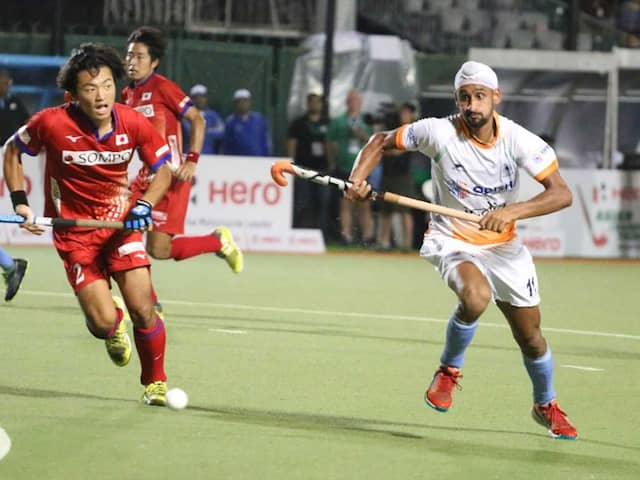 A day after being hammered 0-9 by defending champions India in the ongoing Asian Champions Trophy, Asian Games gold medallists Japan hockey team coach Siegfried Aikman hailed India's attacking style as a sight to see. "I enjoy watching India because they play to win and they were too strong for us in this match," Aikman said. "India played a very high quality of hockey. Their counter attacks were too good for us. We tried our level best, but they were too good for us.

"They played with focus and determination to perform. India are physically much stronger than us. They could also see that we had not recovered quickly from the previous day's match," he added.

Impressed with India's skills and determination, Aikman acknowledged that the Harendra Singh-coached side will beat his team on most occasions.

"India will probably beat us nine times out of 10 encounters. This was unfortunately not a day for us," said Aikman, whose team is missing six players from the side that won Japan's first Asian Games men's title.

The coach is pleased with the way the young players had tried to compete with stronger rivals.

"India taught us valuable lessons. We will learn from this game. If we meet India in the semi-finals or the final, it will be totally different," said Aikman.

"India made a point in this match, but they cannot do so every time."

Aikman said Japan still had aspirations to make the semi-finals in the Asian Champions Trophy.

"We still have a chance to advance to the semi-finals. It will only change if South Korea or Oman start winning matches and we slip up," he said.

"We look forward to doing well in the remaining games. We are not here to slip into the semi-finals by under-performance."

India's next opponent will be Asian Games silver medallists Malaysia, who pulled off a shock semi-final victory to knock them out of the final in the Asian Games at Jakarta.

India are leading the standings in the six-nation event, where the preliminary round-robin league competition will be followed with knock-out semi-finals featuring the top four nations.

Japan have won one match and lost two in three games, which places them in fourth in the standings, behind India, Malaysia and Pakistan.

South Korea and hosts Oman are the teams placed behind Japan.