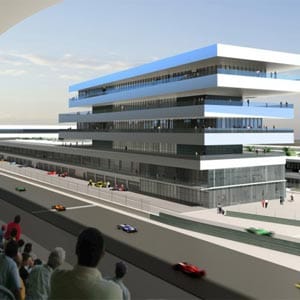 Will the Indian Grand Prix be a success? Can't say. Will it lead to a huge interest in the sport in the country? Maybe. Will it eventually result in a world class Indian driver? Can't say.

Will the Indian Grand Prix be a success? Can't say. Will it lead to a huge interest in the sport in the country? Maybe. Will it eventually result in a world class Indian driver? Can't say. Will it raise India's profile as a sporting nation and otherwise? Yes, surely.

There are many uncertainties surrounding the inaugural Indian Grand Prix with the FIA and organisers trying their best to make the world believe otherwise, putting on their mask of unwavering optimism. However, one thing is certain the Grand Prix will truly put India on the global map. Even though India has hosted events like Commonwealth Games and Asian Games, there's no denying that even their international appeal and exposure is very limited. But, with F1, India has finally got an event that will raise its profile and give it global exposure, one of the sure shot benefits of hosting an F1 Grand Prix. It can well be considered the country's first big step towards becoming a coveted destination for sporting events among other things.

Of course, the decision to grant India an F1 GP also indicates the potential of growth and revenue that the who's-who of the sport see here. The country has been recognized as one of the strongest emerging markets and economies and the arrival of F1 attests that. It isn't for nothing that a 10-year race deal has been approved and the F1 honchos are as keen for the race to take place as scheduled as Indian F1 aficionados are eager.

Force India owner Vijay Mallya had said last year, "India's economic growth, its young and aspirational demographic and the growing popularity of F1 make it one of the most attractive future destinations for a high-technology-driven and fantastically-competitive sport. It is a matter of pride that India is on the F1 calendar."

It is indeed a matter of pride but also an opportunity for foreign media to go berserk with negative press if things go even slightly wrong. It is hence important that the organisers do not mess it up and in fact take it as an opportunity to prove to the world that India is in every sense prepared to rub shoulders with the big boys.

The last time India hosted a massive sporting event, the Commonwealth Games, it generated plenty of publicity, but mostly negative due to the disorganisation. The Indian Grand Prix may also have to face several glitches before being absolutely ready, but it'll never go the CWG way. The reason is quite clear - unlike the CWG, the F1 GP is organised and run privately and does not have any government role. If the Buddh International Circuit in Greater Noida is not ready in time, the FIA will not hesitate in cancelling the race and the people to suffer the most would be the organising company (the Jaypee group) and the loss would not just be financial - their brand would take a hard hit too.

Hence, the organisers, and the whole of India would keep their fingers crossed as the date for the track's homologation edges near. The track is scheduled to be homologated by the FIA technical delegates, led by Charlie Whiting, FIA Formula One race director, on September 1.

Only when they give their nod of approval can we finally begin the countdown to the race without any qualm.

Comments
Topics mentioned in this article
Formula 1 Indian Grand Prix Buddh Circuit
Get the latest updates on IPL 2021, IPL Points Table , IPL Schedule 2021 , live score . Like us on Facebook or follow us on Twitter for more sports updates. You can also download the NDTV Cricket app for Android or iOS.