Film, Fashion and Formula One: How this weekend in the French Riviera is a big pit-stop for the World's A-listers. 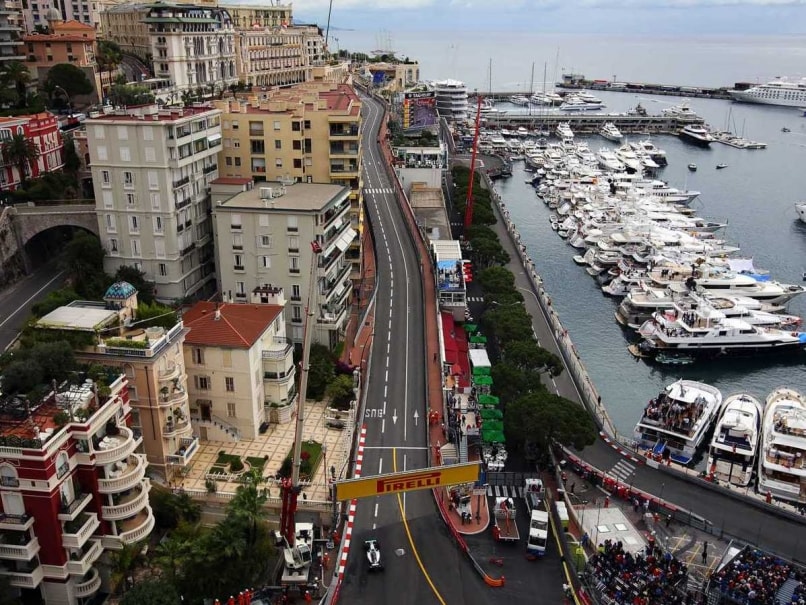 A aerial view of the Monaco racing circuit which will hold the Monaco GP on Sunday.© AFP

The backdrop of the stunning French Riviera, Champagne free flowing under a golden sun, the sound of the shutter bugs and the drone of a racing car engine- It couldn't get bigger, grander and more exciting than this weekend in Monaco! Yes, we are indeed talking about the heady cocktail of the Monaco Grand Prix and the Cannes Film Festival.

The World's wealthiest docking their yachts in namely the world's most coveted 'parking spot' or the sidelines of the Monaco F1 race track. Celebrities, billionaires, A-listers, the works! It's the perfect confluence of sports and entertainment in Monte Carlo, which also reflects in the massive inflow of tourists during this time, well over 2 lakh visitors for the big weekend.

India too has made it presence felt at the Track and the Film Festival! From Aishwarya Rai's ever changing avatars to Sonam Kapoor's chic presence to Mallika Sherawat's constantly nagging presence- It's been a 'Make in India' campaign for many years now. It's been a red carpet extravaganza; the fashion police scrutinizing their every move, directors and producer looking to cast Indian exotica in Hollywood and of course Indian stars looking to leave a global footprint.

And there was also once the 'Indian Empress' i.e. Vijay Mallya's yacht that did catch everyone's attention for many years with its A-lister parties and sundowners. Who really cared where 'Force India' finished on the grid anyway!

The success formula of this magic week has inspired Indian officials so much that an Indian delegation is in Monaco for the week in a bid to replicate the film festival in Bangalore. Well, we certainly hope that maybe sometime in the future, the Filmfare Awards may become F1 & Filmfare. After all who can go wrong with big cars and big stars!