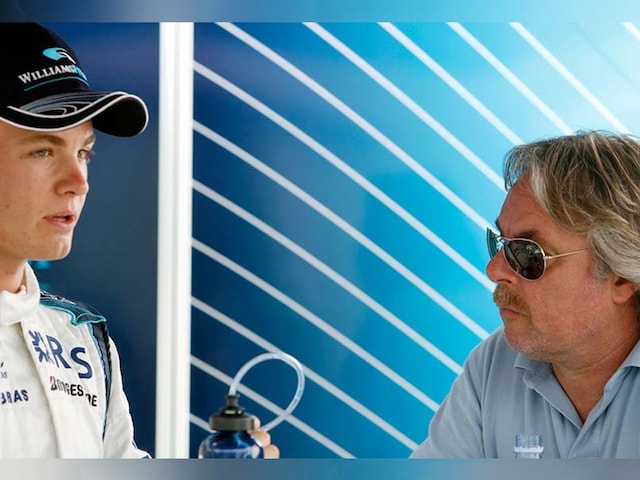 Nico Rosberg became the latest in an elite but growing list of world champions keeping it in the family after he wrapped up the Formula One world title on Sunday, 34 years after his father Keke was crowned.

Here are some other notable "father-son" champions from across the sporting world:

Keke and Nico Rosberg are not even the first father-son world champions in Formula One. Graham and Damon Hill got there first with Hill senior winning titles in 1962 and 1968 and Damon followed 28 years later, in 1996.

In Italy, the Abbagnale family carved out a name for themselves as brothers Giuseppe, Carmine and Agostino landed multiple titles in the 1980s and 1990s. Then in 2013, Vincenzo, Giuseppe's son, also triumphed with his coxed pair success.

Australian Geoff Marsh lifted the World Cup in 1987 as a player and then again as coach in 1999. Son Mitchell followed in his footsteps with a 2015 world title, albeit he did not feature in the final.

Look no further in fencing than Italy's Montano dynasty. Grandfather Aldo secured individual success in 1938 and 1947 before his son Mario Aldo emulated the feat in 1973 and 1974. His own offspring Aldo then added the 2011 crown for good measure.

Spain and France both have golden families in handball. For the French, Pascal Mahe was world champion in 1995 and then son Kentin Mahe pulled it off 20 years later, in 2015. The Spanish for their part celebrated a unique double in 2013, when Valero Rivera and son Valero junior triumphed at the worlds. Rivera senior was coach and his son was on the winning team.

The Roberts dynasty left an indelible mark, starting with Kenny Roberts, triple world champion in 1978, 1979 and 1980. His progeny, Kenny Roberts Jr, then landed a world title of his own in 2000.

Comments
Topics mentioned in this article
Nico Rosberg Keke Rosberg Abu Dhabi Grand Prix Formula 1
Get the latest Cricket news, check out the India cricket schedule, Cricket live score . Like us on Facebook or follow us on Twitter for more sports updates. You can also download the NDTV Cricket app for Android or iOS.