Ferrari locked out the front row of the grid with a blitz of speed that left defending champion and current leader Lewis Hamilton of Mercedes third. 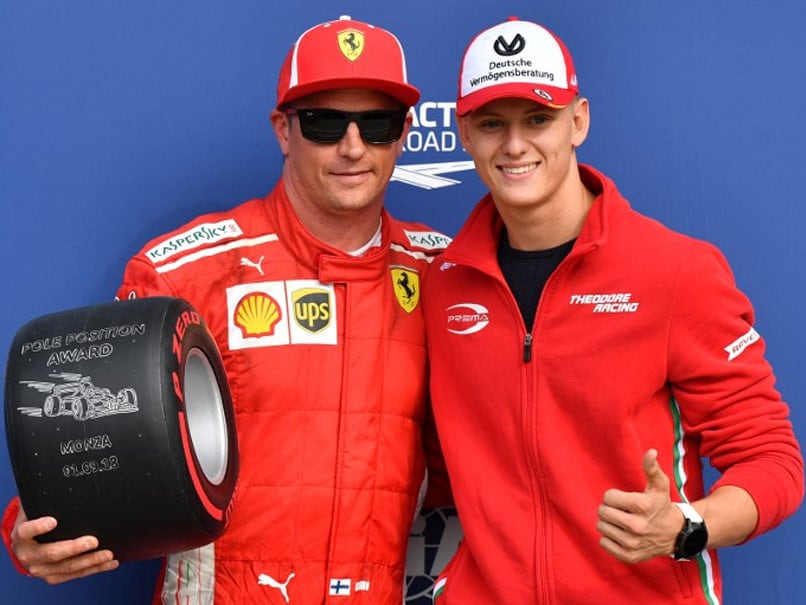 Kimi Raikkonen's record lap was clocked in one minute and 19.119 seconds.© AFP

Kimi Raikkonen smashed Formula One's all-time fastest lap record as he outpaced team-mate, Sebastian Vettel, to grab pole position Saturday for the Italian Grand Prix. Ferrari locked out the front row of the grid with a blitz of speed that left defending champion and current leader Lewis Hamilton of Mercedes third, despite twice beating the record set at Monza by Colombian Juan-Pablo Montoya, in a Williams, in 2004.

Raikkonen's record lap was clocked in one minute and 19.119 seconds at an average speed of 263.586 kph (163.785 mph). He was one-tenth of a second faster than both Vettel and Hamilton who set up a memorable three-way finale in a dramatic session, all of them setting records along the way.

Valtteri Bottas was fourth for Mercedes ahead of Max Verstappen of Red Bull and Romain Grosjean of Haas. Carlos Sainz was seventh on his birthday for Renault ahead of Esteban Ocon of Force India, Pierre Gasly of Toro Rosso and Lance Stroll of Williams.

It was Ferrari's first pole on home soil at the Autodromo Nazionale Monza for Ferrari since 2010 and Raikkonen's first pole in 12 years. At 38, he also became the oldest pole sitter since Nigel Mansell, aged, 41, took pole for the 1994 Australian Grand Prix.

Lewis Hamilton Monza Italian Grand Prix Formula 1
Get the latest updates on SA vs IND 2021-22, check out the Schedule and Live Score . Like us on Facebook or follow us on Twitter for more sports updates. You can also download the NDTV Cricket app for Android or iOS.