Bernie Ecclestone, who revolutionised Formula One as chief executive from 1978 to 2017, has three adult daughters from two previous marriages. 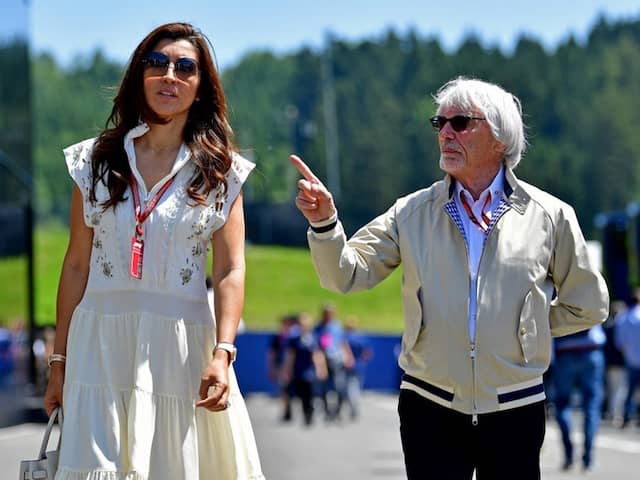 Bernie Ecclestone is to become a father at the age of 89 with his wife Fabiana Flosi.© AFP

Colourful former Formula One boss Bernie Ecclestone is to become a father at the age of 89 with his wife Fabiana Flosi, who is half his age, expecting a son in July, he told The Daily Mail on Friday. Ecclestone, who revolutionised Formula One as chief executive from 1978 to 2017, has three adult daughters from two previous marriages. "There's nothing that unusual is there?" he told the newspaper from the couple's home in Brazil.

"I haven't had a job for a little while so I have had plenty of time to practise!

Ecclestone said his greatest delight was for his 44-year-old marketing executive wife.

"Yes, she (his wife) is thrilled," he said. "We're not sure what all the fuss is about!

"I'm very happy and happy really for my wife, she's been looking forward to this happening for quite a few years so I'm happy she'll have someone after I'm gone."

Ecclestone, who said his daughters were delighted with the news of the family addition, hoped age had improved his parenting skills.

"We don't know, probably better than before, probably a bit more relaxed!"

The former F1 ringmaster said he was mindful of the dangers posed by the coronavirus pandemic.

"You hope it's not going to happen but these things do happen so you just have to cope, what else can you do?" he told the Mail Online.

"You have to hope that the people who are looking after everything have not caught anything themselves.

"I'm not too sure we're ever going to get rid of this bloody nonsense, anymore than the flu that happens every year.

"It's just that at the moment this is a little bit more dangerous than what we've been used to but when it settles down I think the world will have changed an awful lot."