Charles Leclerc set the fastest time of winter testing on Thursday as Ferrari again laid down a powerful marker ahead of the new Formula One season. 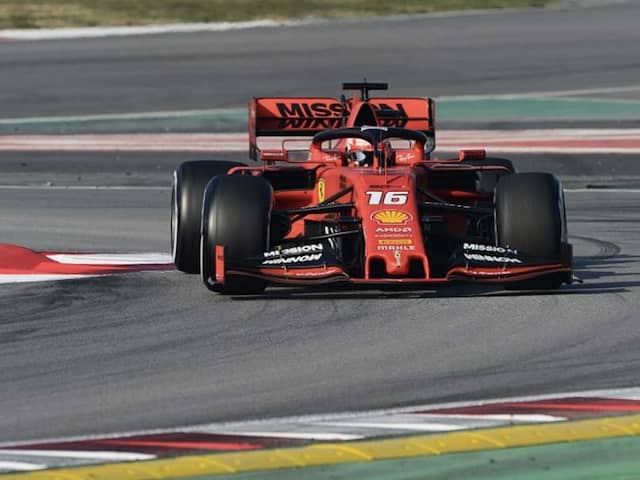 Highly-rated Charles Leclerc set the fastest time of winter testing on Thursday as Ferrari again laid down a powerful marker ahead of the new Formula One season. The 21-year-old Leclerc clocked 1min 16.231sec off 138 laps with Thailand's Alexander Albon, in a Toro Rosso, the only other driver to dip below 1min 17sec on the penultimate day of testing ahead of the season-opener in Melbourne on March 17.

Thursday's action also saw crashes for Pierre Gasly in a Red Bull and Lance Stroll behind the wheel of a Racing Point.

"The goal today was to have a reference on the softer tyres," said Leclerc who is in his debut season with Ferrari where he will partner four-time world champion Sebastian Vettel.

"There is still a lot of work before Melbourne, but lap after lap I am more and more comfortable with the car."

In terms of where he slots into the team hierarchy, Leclerc said it was normal that Vettel would be favoured in "a 50/50 situation", as described recently by the team's new chief Mattia Binotto.

"But he also said that it could change if I'm faster than Seb (Vettel) so I'm going to do everything to be faster."

Gasly suffered a heavy crash in the Red Bull which teammate Max Verstappen was due to drive on Friday while Stroll's detour off the circuit brought a halt to the session.

"I made a mistake at Turn Nine and basically lost control of the car," said Gasly who also crashed in testing last week.

"It was a big accident, one of the biggest I have had."

World champion Lewis Hamilton was only 10th in his Mercedes with teammate Valtteri Bottas three places further back.

"From last week we have been able to improve the general balance of the car over the speed range but we can still do better," said Bottas.

"It is not a perfect car yet but you can feel the potential is there. It has quite a small sweet spot. In some areas such as low speed corners the car feels better than last year."