The four-time world champion complained of what was originally thought to be a problem with his car's front suspension. 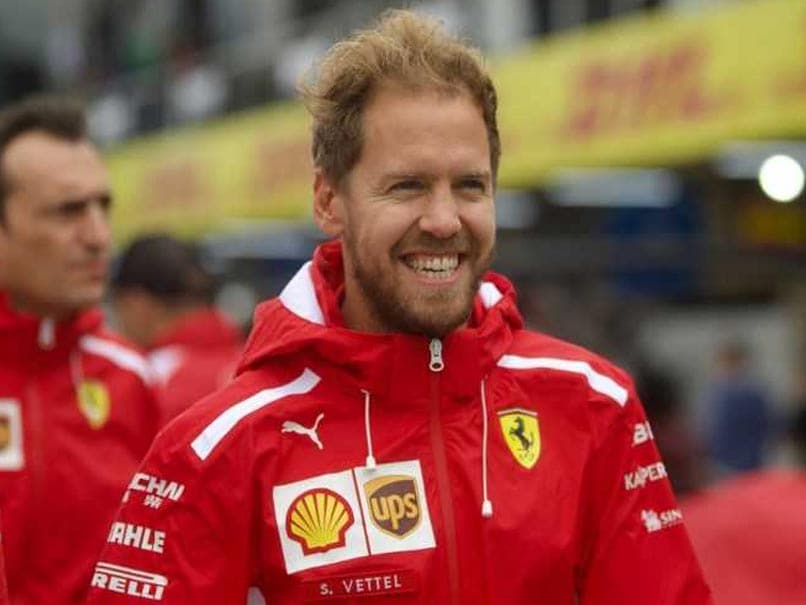 Sebastian Vettel was third fastest in the session where rivals Mercedes topped the times.© AFP

Sebastian Vettel, who missed out on beating Lewis Hamilton to a fifth world title, sent an unexpected message on Ferrari team radio on Friday. During the second practice for the Brazilian Grand Prix, the four-time world champion complained of what was originally thought to be problems with his car's front suspension. "There's something loose between my legs," Vettel supplied additional impromptu detail when he told the team. "Apart from the obvious. Something is flying around my feet. I'd be proud if it was what you think it is, but it's not."

OK... Seb may have won team radio of the year #BrazilGP #F1 pic.twitter.com/XDbYg8xAD5

Vettel's radio message had some really funny reactions from Formula One fans.

If there was a Award for "Team Radio of the Day" that would be it ! Grande Seb?? pic.twitter.com/UUWLU2HuFF

You can notice a slight laugh in his engineers voice

Kimi and his drink and now this... ?? ?? ??. Give @ScuderiaFerrari Team radio of the year award already. #ForzaFerrari.

Vettel was third fastest in the session where rivals Mercedes topped the times, Valtteri Bottas beating Hamilton by 0.003 seconds.

The mischievous Vettel later joked during an interview that the Interlagos circuit was bewitched and had a spell cast on it.

He declined to elaborate on his comments later.

Ferrari must out-score Mercedes by 13 points in Brazil to keep the title battle alive and hope they can end this year in encouraging fashion before a reshuffle of their line-up next year will see Monegasque Charles Leclerc arrive as the new team-mate for Vettel.

Sebastian Vettel Interlagos Brazilian Grand Prix Formula 1
Get the latest updates on IND vs NZ 2021, check out the Schedule and Live Score . Like us on Facebook or follow us on Twitter for more sports updates. You can also download the NDTV Cricket app for Android or iOS.