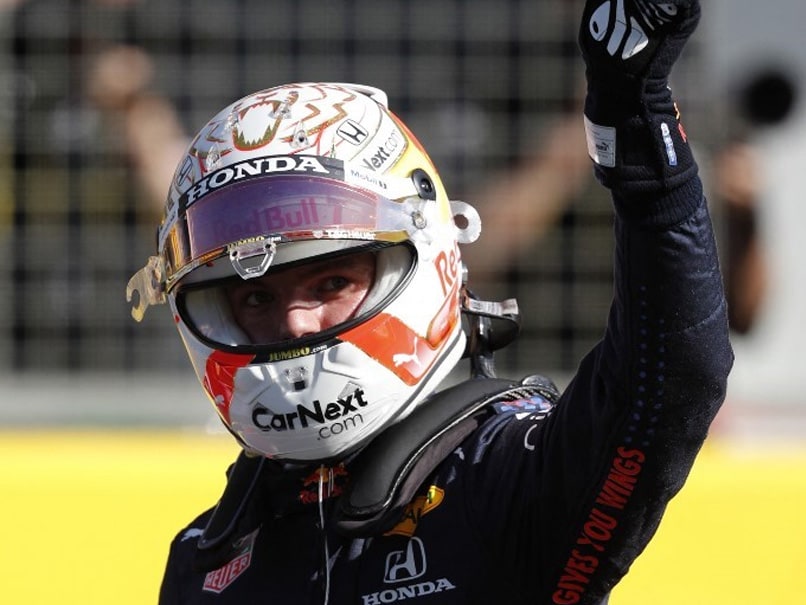 World championship leader Max Verstappen won Formula One's inaugural sprint race on Saturday to take pole position for the British Grand Prix. The Red Bull driver finished the 100km dash ahead of defending world champion Lewis Hamilton with Valtteri Bottas in the second Mercedes in third place. Verstappen went into the weekend with a 32-point lead over seven-time champion Hamilton who is hoping to capture an eighth British Grand Prix triumph on Sunday. "We were pushing each other hard as the tyres were blistering a lot," said Verstappen who collected three points for his win. Hamilton took two and Bottas one.

Hamilton started the sprint at the front of the grid having topped qualifying on Friday.

However, he admitted he will face a battle to secure a 99th career win in front of around 90,000 fans on Sunday.

"First of all, let me say thank you to the fans, their energy is amazing," he said.

"I gave it everything today, I'm just sorry I couldn't win it for them. Tomorrow we will fight again, but Red Bull are just so strong."

Saturday's sprint qualifying race was the first of three planned for this year.

Another will follow at the Italian Grand Prix in September with the third venue still to be confirmed.

Max Verstappen British Grand Prix Formula 1
Get the latest updates on India vs South Africa and check out  Schedule, Results and Live Score. Like us on Facebook or follow us on Twitter for more sports updates. You can also download the NDTV Cricket app for Android or iOS.