Kylian Mbappe scored an outrageous back-heel volley in training for France during the international break. The PSG striker was hailed by fans on social media. 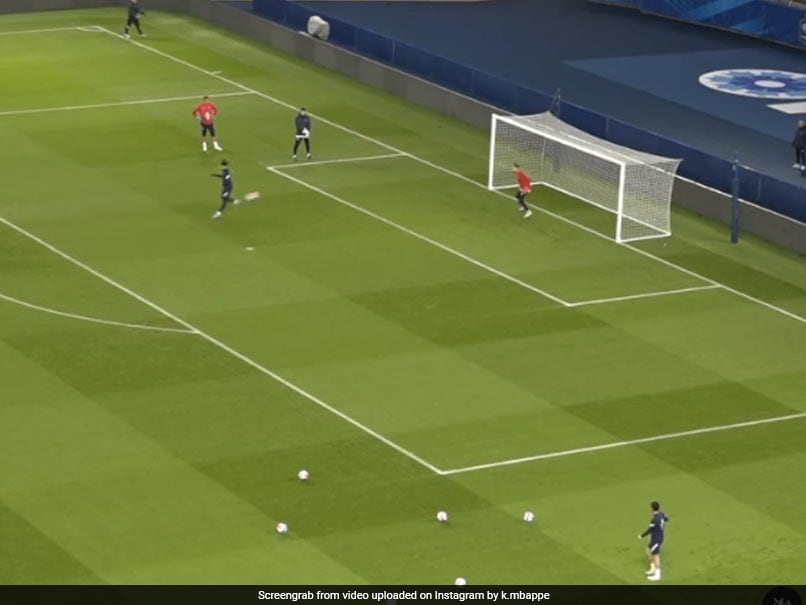 Kylian Mbappe was in brilliant form as France thrashed Kazakhstan 8-0 in their 2022 FIFA World Cup qualifier at the Parc des Princes to book a berth for the finals in Qatar. The Paris Saint-Germain attacker scored four goals (6', 12', 32', 87') and was almost impossible to control with Karim Benzema (55', 59') also scoring a brace. Meanwhile, Antoine Griezmann (84') scored via a penalty and Adrien Rabiot (75') also added his name into the scoresheet. Since making his debut, Mbappe has become a crucial cog in France's playing XI and was a pivotal figure during their victory at the 2018 FIFA World Cup. So it wasn't a surprise to see France already warn Kazakhstan before the match with a training video of the youngster. In the video, the 22-year-old received a cross from the right-wing and scored via a breathtaking back-heel volley. The striker also took to social media to share the video and was lauded by fans.

Even PSG teammate Achraf Hakimi commented on the post and lauded the forward for his jaw-dropping effort.

During France's 8-0 win, Antoine Griezmann's penalty was also his 42nd goal for the national team, taking him ahead of Michel Platini. Only Theirry Henry (51) and Oliver Giroud (46) have score more for France.

The 2018 champions have also been joined by Belgium in Qatar, who defeated Estonia 3-1 in Brussels to confirm top spot in Group E.