"Was Scared For My Life," Says Harry Maguire Of Greece Arrest

Harry Maguire said plain-clothed police officers, who he says did not identify themselves, pulled over his group's minibus, threw him off the vehicle and hit him in his legs. 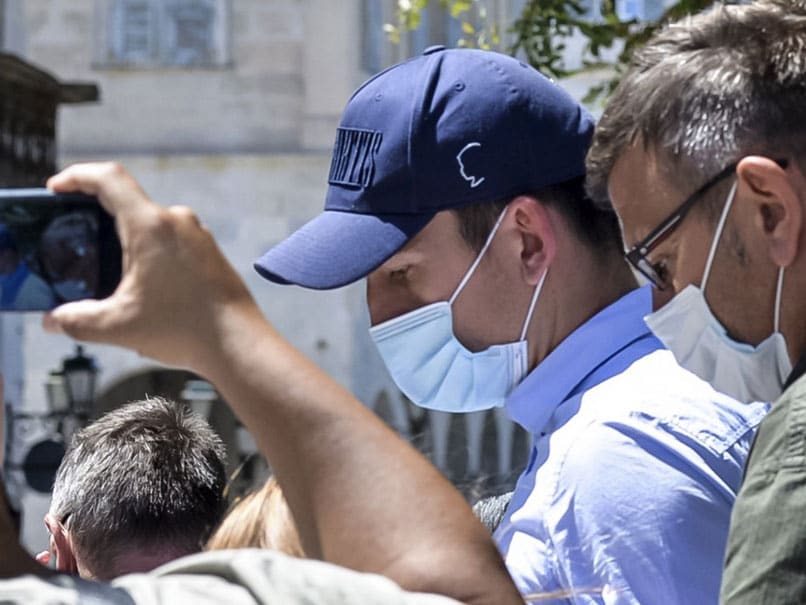 Harry Maguire said he was "scared" for his life and thought he was the victim of a kidnapping.© AFP

Manchester United and England defender Harry Maguire said on Thursday he was "scared" for his life and thought he was the victim of a kidnapping when he was arrested on a Greek holiday island. The 27-year-old Manchester United captain was given a suspended sentence of 21 months and 10 days after being found guilty of repeated bodily harm, attempted bribery, violence against public employees and insult after his arrest on Mykonos. However, Maguire told BBC Sport plain-clothed police officers, who he says did not identify themselves, pulled over his group's minibus, threw him off the vehicle and hit him in his legs.

Maguire said he tried to run away because he had no idea who the men were.

"They hit me a lot on the legs. It wasn't on my mind. I was in that much of a panic. Fear. Scared for my life," he said.

The central defender said his "conscience is clear".

He denied throwing any punches or trying to bribe the police.

"I don't wish it on anybody. Obviously the situation has made it difficult for one of the biggest clubs in the world, so I regret putting the fans and the club through this, but I did nothing wrong," he added.

"I found myself in a situation where it could have happened to anybody and anywhere."

On Wednesday, Maguire's legal team lodged an appeal against the verdict.

Under Greek law, the appeal nullifies the original conviction so there will be a full retrial.

The three men denied all the charges.

According to media reports, a fight started at a nightclub over claims Maguire's sister Daisy had been injected with what the defence said was a suspected drug.

Manchester United Harry Maguire Football
Get the latest updates on Fifa Worldcup 2022 and check out  Fifa World Cup Schedule, Stats and Live Cricket Score. Like us on Facebook or follow us on Twitter for more sports updates. You can also download the NDTV Cricket app for Android or iOS.