Harry Maguire has been withdrawn from the England squad for their Nations League matches against Iceland and Denmark after the Manchester United captain was given a suspended prison sentence following a brawl in Greece. 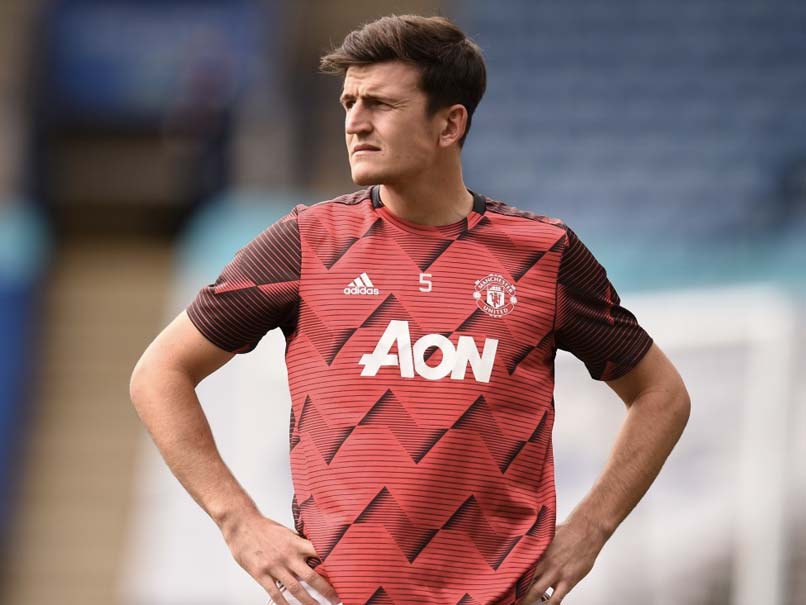 Harry Maguire was given a suspended prison sentence following a brawl in Greece.© AFP

Harry Maguire has been withdrawn from the England squad for their Nations League matches against Iceland and Denmark after the Manchester United captain was given a suspended prison sentence following a brawl in Greece. Maguire was handed the punishment after being found guilty of aggravated assault, resisting arrest and repeated attempts of bribery. The 27-year-old defender plans to appeal against the verdict, but England manager Gareth Southgate opted to take him out of the squad for September's matches, just hours after naming him in the group.

"In light of this evening's developments, I can confirm I have withdrawn Harry Maguire from the England squadfor the matches against Iceland and Denmark," Southgate told the FA's website.

"As I said earlier today, I reserved the right to review the situation. Having spoken to Manchester United and the player, I have made this decision in the best interests of all parties and with consideration of the impact on our preparations for next week."

Maguire, who denied all charges, was arrested along with his brother Joe and a friend Christopher Sharman on Thursday after an altercation with police on the Greek island of Mykonos.

Maguire's sentence of 21 months and 10 days in prison was suspended because it was a first offence and the charges were misdemeanours.

Having flown back to England before the trial, Maguire, who became the world's most expensive defender following his 80 million pound (USD 105 million) move from Leicester last year, released a statement vowing to clear his name soon after the guilty verdict.

"Following the hearing today, I have instructed my legal team with immediate effect to inform the courts we will be appealing," Maguire said.

"I remain strong and confident regarding our innocence in this matter - if anything myself, family and friends are the victims."

United centre-back Maguire initially convinced Southgate to select him for the Nations League games after explaining his side of the incident to the England boss.

But Southgate had told the media earlier in the day that he would keep his options open if the situation changed and he wasted little time removing Maguire from the squad.

It remains to be seen if Maguire will retain the United captaincy, although the club issued a statement backing their star.

The Maguire scandal completely overshadowed preparations for Southgate's first England matches since their 4-0 win in Kosovo in November 2019.

Southgate's side face Iceland in Reykjavik on September 5 before playing Denmark in Copenhagen on September 8.

Talented youngsters Phil Foden, Mason Greenwood and Kalvin Phillips have all been called-up for the first time.

Foden, 20, has emerged as a future star in Manchester City's midfield, while the goals of 18-year-old striker Greenwood were key to Manchester United qualifying for next season's Champions League.

"It's a step up for them but they are both more than capable. They have shown playing in big matches for big clubs that they are talented boys," Southgate said.

"They are both hugely exciting players who can be part of England's future. It is up to them to take it forward.

"It is now the right time a year away from the European Championships. Let's see if they can start to break into that team and that squad."

"He is a player we have watched a lot in the last 12 months with Leeds. The position he plays is one where we need competition for places. It's an exciting moment for him," Southgate said.

There was also a place in the squad for Southampton striker Danny Ings, who enjoyed a prolific campaign with 25 goals in all competitions and made his only previous England appearance in 2015.

Southgate picked players from Manchester City and Manchester United including Sterling, Marcus Rashford and Kyle Walker, even though their European campaigns only ended this month.

Manchester United Harry Maguire Football
Get the latest updates on IND vs NZ 2021, check out the Schedule and Live Score . Like us on Facebook or follow us on Twitter for more sports updates. You can also download the NDTV Cricket app for Android or iOS.