Harry Maguire was handed a 21-month suspended prison sentence on Tuesday after being found guilty of assaulting a police officer, attempted bribery and other charges by a court in Greece. 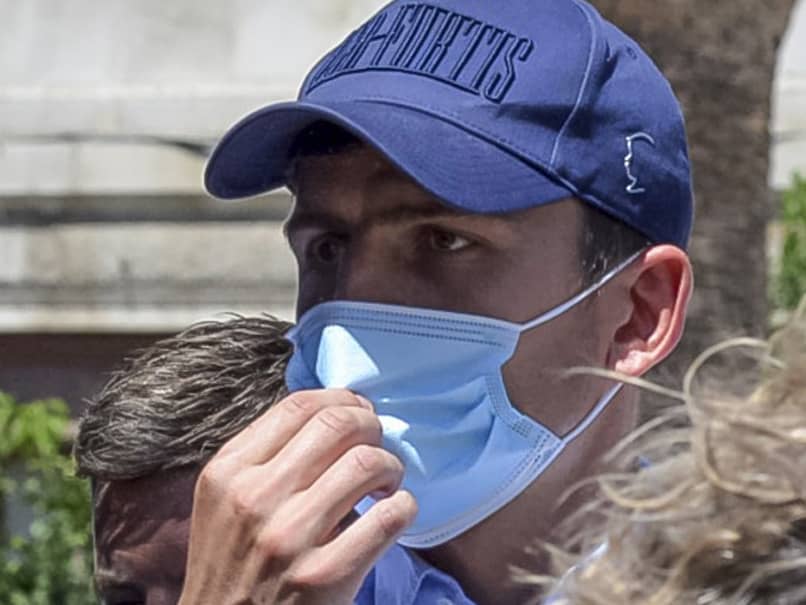 Harry Maguire was arrested last week in Greece on charges of assault.© AFP

The lawyer who represented two Greek police officers in the Harry Maguire assault case on Wednesday said it was "shocking" that there has been no apology from the Manchester United captain. Maguire was handed a 21-month suspended prison sentence on Tuesday after being found guilty of assaulting a police officer, attempted bribery and other charges by a court in Greece. The England defender, who did not attend Tuesday's trial on the Greek island of Syros, quickly indicated his intention to appeal, releasing a statement suggesting he and his family and friends were the victims.

Manchester United also backed their player, who denies all the charges.

The 27-year-old --the world's most expensive defender -- was arrested last week after an incident at a nightclub in Mykonos and spent two nights in police custody before flying home.

Lawyer Ioannis Paradissis said an apology would, in Greek law, make a big difference in any appeals process but said none had been offered.

"(The police officers) told me they are still waiting for an apology and they haven't had any," Paradissis told the BBC.

"This is what I find quite shocking and quite unsporting. Fair play means when I've done something wrong I apologise or at least I say I am sorry for what happened to the other person."

Paradissis said an appeal would start the trial afresh but that in Greek law some of the accusations could be withdrawn if an apology were given and that "the outcome might be different".

According to media reports, a fight started at a nightclub over claims Maguire's sister Daisy had been injected with what the defence claimed was a suspected drug.

Paradissis said this was "irrelevant" in respect of the assault on the officers and that it was "strange" that Maguire's sister had not mentioned this when she was interviewed by police.

Asked about Maguire's claim that he was the victim, Paradissis said: "We don't have the same definition of what a victim is then, because how can you be a victim and the policemen have been assaulted, hit, that were just doing their jobs?

"They went home on the day with injuries. How can they not be a victim?"

Asked whether Maguire and his co-defendants would have known the officers were police, Paradissis said: "Of course, because that's the first thing they said. The police officers were there for other duties and they heard a brawl.

"So they heard some people fighting and went there to break up a fight. They said, 'We're police, stop fighting'. They were not in uniform but they showed their professional IDs."