Over the years, penalty-kick takers have come up with innovative tricks to flummox the opposition goalkeepers but this one from a match at the All Japan High School tournament was just plain bizarre. 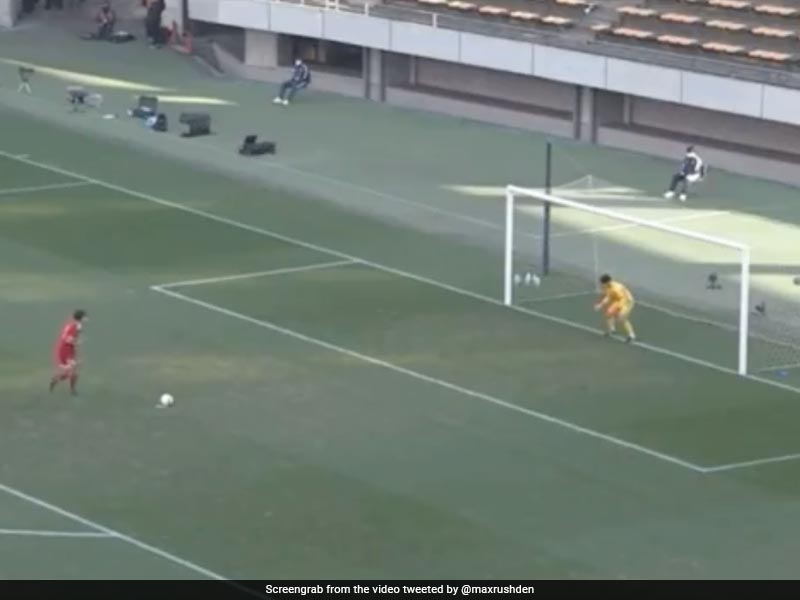 Over the years, penalty-kick takers have come up with innovative tricks to flummox the opposition goalkeepers. This trend is not just restricted to lower levels of football but even in the top leagues and on the international stage, players have tried all sorts of things to get the better of goalkeepers. Italian and Chelsea star Jorginho has a unique style of jumping and looking to see where the goalkeeper is moving just before he strikes the ball. Manchester United star Paul Pogba too has an unusual run-up to take his penalty. But what transpired in a match at the All Japan High School tournament undoubtedly takes the cake.

He first waited patiently after the referee had blown his whistle and then decided to take tiny steps towards the ball, did a fake jump before finally striking the ball. In fact, the entire routine took over 30 seconds.

Luckily for him, he successfully managed to convert the penalty with the goalkeeper diving the wrong way.

And in today's episode of mad things to happen in the All Japan High School tournament... a 30 second penalty run-up pic.twitter.com/wL7hqeXYSA

Longest penalty take.
What's going on there Japan ?
On that note,Happy New Year to all. pic.twitter.com/0mW43OHMrz

The video will serve as comic relief for football fans, especially with the top leagues facing huge problems due to rising Covid cases.

The Premier League has been ravaged by Covid outbreaks since December. In total, 17 English top-flight matches have been postponed due to Covid so far, while Arsenal manager Mikel Arteta missed Saturday's game against Manchester City after a positive test.

In the Bundesliga, four Bayern Munich players including captain Manuel Neuer, as well as a coach have tested positive for Covid.

While in the Serie A, Juventus captain Giorgio Chiellini tested positive for the virus. The announcement about Chiellini came a day after the club disclosed that first team players Carlo Pinsoglio and Arthur Melo had tested positive.